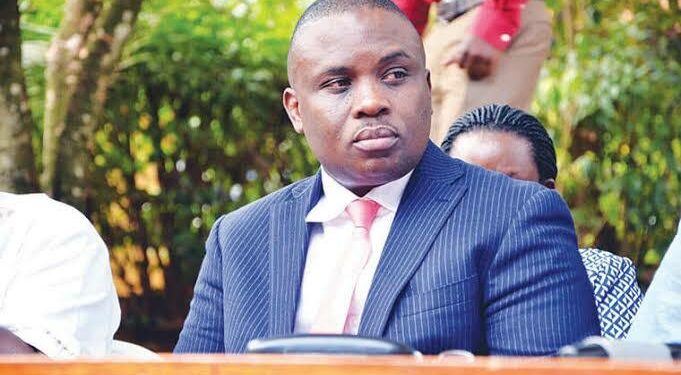 Kampala City Lord Mayor Erias Lukwago has revealed that the State is yet to give him the Shs50 million the High Court awarded as compensation for the violation of his rights and freedom.

Lukwago made the revelation while appearing on NBS TV’s Frontline show on Thursday.

“Court granted me Shs50 million for the ‘wuwi wuwi’ incident, but I haven’t been paid yet,” Lukwago said.

Last year, court said that Police abused Lukwago’s right to freedom when he was arrested outside his home in Lungujja on December 14, 2017.

According to Court, the Shs50 million compensation was appropriate as punitive, exemplary, general damages for the psychological torture, mental anguish, and emotional stress suffered by the Applicant.

Justice Henrietta Wolayo of the High Court in Kampala, in her ruling on Monday, said, “On the morning of September 21, 2017, police violated his right to personal liberty, an arrest that saw him scream in pain in front of cameras.”

The judge further held that Lukwago’s arrest subjected him to degrading treatment and also violated his right to privacy when the police, unlawful entered his home in Bulwa, Rubaga Division in Kampala without a search warrant.

“I have found that on September 21, 2017 while at his home in Bulwa, Rubaga, the applicant (Mr Lukwago), was grabbed in the groin, his private parts squeezed and bundled into a cage like van and driven to Kira Police Station and finally to Nagalama where he was detained until 8:30pm,” ruled justice Wolayo.

In 2017, Lukwago and a group of other city leaders had planned to hold a procession from City Hall to Constitutional Square to launch their Togibikula (don’t tamper with the Constitution) campaign against the then proposed amendment of Article 102(b) to remove the Presidential age limit from the Constitution.

As he was moving out of his gate, Police officers allegedly grabbed his private parts and squeezed them hard, causing him excruciating pain. Lukwago screamed “Wuuwi..wuuuwiiiii” loudly during the arrest.

Narrating to Uganda Human Rights Commission how police allegedly tortured him as he planned to leave his home, Lukwago accused officers of grabbing his private parts and squeezing them hard, causing him excruciating pain.

“The police officers caused a lot of excruciating pain to me which I think was meant to incapacitate me. They massively pounced on me as you watched them on television and whoever touched me made sure that they leave pain on the part they had touched,” he said.

“They shoved and punched me, squeezed my private parts, ribs and the entire part of the lower abdomen which left me in a lot of pain. I just surrendered because there is no way I could extricate myself. I still feel pain.”

Youth are being hired by security agencies to kill Ugandans, I’m ready to give all the information to Museveni- Journalist Basajjamivule claims

Youth are being hired by security agencies to kill Ugandans, I'm ready to give all the information to Museveni- Journalist Basajjamivule claims