Youth are being hired by security agencies to kill Ugandans, I’m ready to give all the information to Museveni- Journalist Basajjamivule claims

by Mubiru Ivan
in National, News
21 1 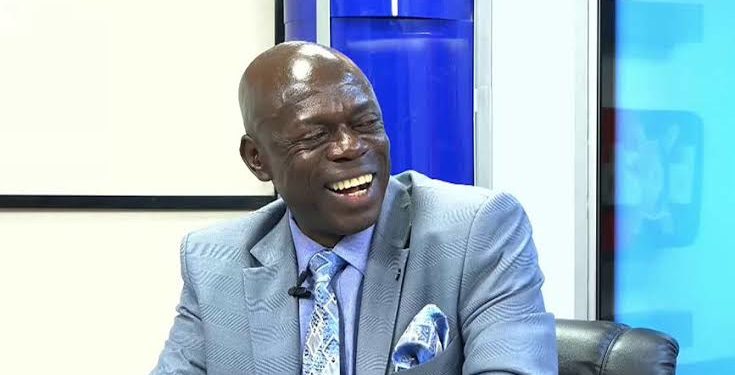 Controversial journalist Bwadenne Basajjamivule has claimed that there a group of youth being hired by some people in security agencies to murder Ugandans.

Appearing on Urban TV’s Rush Hour show on Thursday, Basajjamivule said he had all the information pinning the security operatives behind the evil act.

“I want the President to invite me even today and I would give him this information,” he said.

“Meanwhile the youths are not doing this because of unemployment. Many have jobs from where they earn as much as Shs10million but they blow all of it in bars. One example I can give you is sometime back I did some work with another colleague. At the end of the work, we were each given Shs5million. I went straight to Mbarara and bought a cow while my colleague went to Kampala Road and bought a phone worth Shs4million. In four months my cow had given birth to two calves, making it three cows. After four months, my colleague called me asking me if I could be interested in his phone. He was selling it at Shs800,000. That’s the problem of today’s youths…..they have jobs but don’t know how to plan for their money.”

Basajjamivule’s submission comes at a time when two opposition Members of Parliament Allan Ssewanyana(Makindye West) and Muhammad Ssegirinya (Kawempe North) are being accused of being behind the recent spate of murders in Greater Masaka region. The legislators are currently on remand in Kigo Prison until 15th October, 2021.

At the beginning of September, Police claimed that during interrogation, some suspects behind the murders  pinned Ssegirinya and Ssewanyana of recruiting them to commit the atrocities against the people of Masaka.

“Two Hon. Members of Parliament, namely; Hon. Allan Sewanyana and Hon. Muhammad Segirinya are appearing at Masaka District Police Headquarters for statement recording, as the masterminds behind the vicious murders. The suspects in their admissions clearly indicate how they were recruited, taken through the intentionally designed plans in a meeting at Ndeeba, and create animosity against elderly victims, who do not share their views,” Police Spokesperson Fred Enanga told the media.