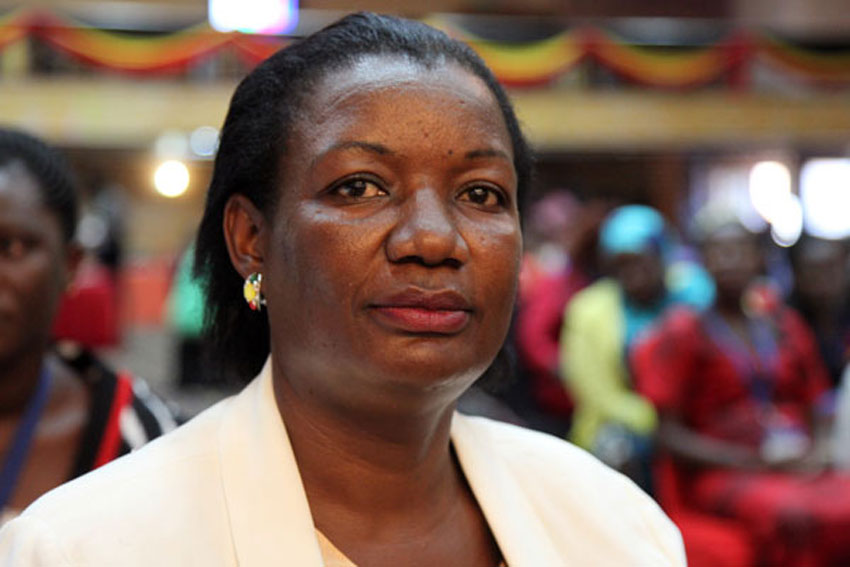 Former Minister of Presidency Esther Mbayo has been summoned by Police’s Criminal Investigations Directorate (CID) over abuse of office and embezzlement.

In a 13 September, 2021 letter, the Luuka Woman Member of Parliament was summoned to the Directorate’s headquarters in Kibuli to make a statement regarding the allegations.

“The Directorate of Criminal Investigations is investigating allegations of abuse of office, embezzlement and causing financial loss of Uganda Printing and Publishing Corporation (UPPC) where you were a supervisor of the corporation from 2019 to 2021,”CID’s Twinomujuni Julius said.

” This serves as summon to you to appear at CID headquarters Kibuli on 15th September, 2021 before Ag. CP Economic Crime and Financial Intelligence for a statement in respect of the said investigation.”

The development followed Presidency Minister Milly Babalanda’s directive for a temporary suspension on the activities of the board of Governors and the corporation’s top management, led by Prof Wasswa.

The move, the minister said was intended to pave way for smooth investigations over reported fraud and financial mismanagement.

“Using my powers as Line Minister under Sec.6 of the UPPC Act, yesterday I temporarily suspended the M.D and Board of UPPC. The action is intended to pave way for investigations into allegations of corruption and forgery. All other staff is urged to continue working normally,” Babalanda tweeted.

Sources that attended the meeting at the Entebbe parastatal’s office intimated to this news website that the minister also extended the offer of amnesty to the shamefaced officials should they volunteer to confess and return the stolen funds.

The offer was however only valid for 6 days, which elapsed on Monday, 23rd, August.

“I have today officially interdicted the MD, Board, Company Secretary, and Internal Auditor of UPPC to pave way for investigations into allegations of corruption and other irregularities. In the meantime, Mr. James Tweheyo has been appointed as caretaker MD,” she said.

Hours later, the Police’s Criminal Investigations Department confirmed the arrest of Wasswa and further noted that they are pursuing his accomplices.

The move was greatly hailed by members of the public as being one in the right direction as far as Babalanda’s inauguration pledge of ” zero tolerance to corruption and poor service delivery” is concerned.

The minister described corruption as ” a big disease in the country which affects all our sectors” and asked all stakeholders to join hands with her administration in a partnership to clean up.

On UPPC specifically, Babalanda noted with concern the widespread complaints regarding mismanagement at the state corporation.

“Colleagues, when I received the news of my appointment as Minister, 20% of the calls I received in the first 12 hours were linked to concerns regarding the management of the Uganda Printing and Publishing Corporation. A lot of stories were being told and people were wondering how I would manage to supervise this company.” She claimed.