How could the State rearrest MPs Ssegirinya and Ssewanyana without first informing me? Speaker Oulanyah fumes

by Catherine Apolot
in News, Politics
4 0 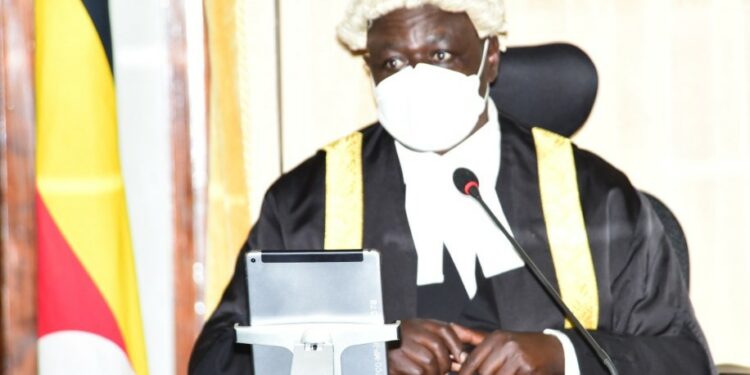 Parliament was on Tuesday forced to prematurely adjourn over a stalemate that broke out regarding the arrest of MPs Allan Ssewanyana (NUP, Makindye West) and Muhammad Ssegirinya (NUP, Kawempe North).

Video footage showed Ssegirinya being violently rearrested by security personnel clad in black counter-terrorism police uniforms, shortly after being granted bail on crimes relating to his alleged involvement in the Masaka killings.

Ssewanyana, too, was violently whisked away after being released on bail.

Speaker Jacob Oulanyah on Tuesday, 28 September 2021adjourned Parliament after condemning the manner in which the legislators were arrested, saying technocrats in government complicate matters for government by the haphazard manner in which policies are implemented.

“There is a problem…Members have been rearrested without the authority of the Speaker…even notification was not given to the Speaker,” said Oulanyah.

“It’s problematic when each time we find ourselves in this situation, it disturbs even the presiding officer; there are things that should be avoided; the Constitution is clear and all the supporting laws made under that constitution are clear…why flout them?,” he said.

He added, ‘just why flout them…what is the emergency? Because when you do, we end up like this and you give the people with bad intentions excuse to do the things they have been longing to do; can we just do things right? It costs nothing to do the right thing within the law at the right time’.

Earlier, Oulanyah suspended the House for 15 minutes to give the Government Chief Whip time to find the Minister of Internal Affairs, Maj Gen Kahinda Otafiire, to apprise the House of the government position on the rearrest of the MPs.
When House resumed after the 15 minutes suspension, Prime Minister Robinah Nabbanja was at hand.

“I want to state that it is true the Hon Ssewanyana and the Hon Ssegirinya were rearrested; one was rearrested the other day and the other one yesterday; it is also true that yesterday, the Hon Ssewanyana was interrogated at Kireka CID in the presence of his lawyers; today, Hon Ssegirinya is also going to be interrogated,” said Premier Nabbanja.
“I know that you [Speaker Oulanyah] were supposed to be notified and this information for you is coming (sic),” she added.

Opposition MPs led by Leader of the Opposition, Mathias Mpuuga protested and were further agitated by Attorney General, Hon Kiryowa Kiwanuka who said the MPs would be in and out of jail “as many times as the offences they commit.”

Speaker Oulanyah said it is better the opposition walked out in a civil manner, than an alternative disruptive manner capable of exacerbating the situation.
“It’s part of the rights of the Members to signify dissent in a decent way; I don’t approve the idea of changing the dress-code in this House, but I am not in any disagreement with the act of walking out; it is part of the expression of dissent and it is permitted…because the option will be to stay and cause drama,” said Oulanyah.