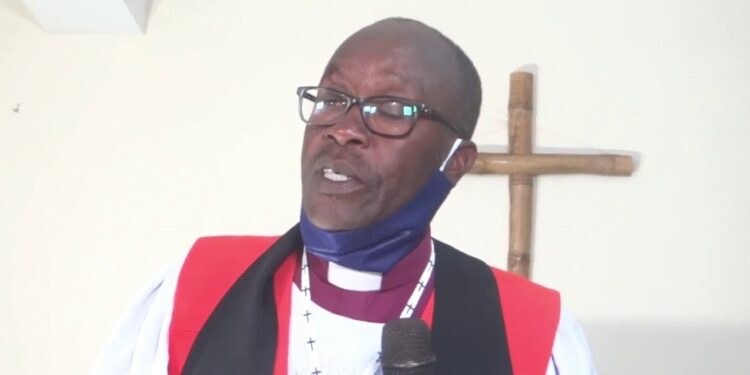 This was revealed by the Muhabura Diocesan secretary Rev. Stephen Ruzaza during an interview with our reporter at St Andrew’s Cathedral Seseme in Kisoro district.

Reverend  Ruzaza said Bishop Cranmer Mugisha made the announcement of his early retirement during diocesan council meeting that sat on 13th September 2021 where he in communication to the council informed them that he had shared his intention of early retirement even before with former Archbishop Henry Luke Orombi who consecrated him as a bishop.

Reverend Ruzaza says that the reason why Bishop Mugisha sought early retirement is that he felt that he has completed God’s mission. He didn’t however announce the exact date he intends to retire. He asked Christians to pray hard for the peaceful transition of leadership in the diocese.

Recently, letters started circulating on social media by concerned Christians from diocese of Muhabura petitioning the Archbishop of Church of Uganda over what they called severe crisis requiring urgent Intervention at the diocese.

In the letter, the Christians warned that without urgent intervention of the Archbishop, the Diocese of Muhabura would go back to the dark history it went through many years ago.

The concerned Christians that included Rev. Harrison Kwizera, Gerald Twinomujuni, Yosamu Tumwizere, Bernard Mfitumukiza, Richard Ndishakaye, Solomon K.Rugera among others went ahead and accused Bishop Cranmer Mugisha of seeking early retirement to pave way for Reverend Ruzaza to have at least 7 years of service as a Bishop.

However, Reverend Ruzaza trashed the allegation saying they are baseless. He hailed Bishop Mugisha for transforming Muhabura diocese.

He said that Bishop Mugisha inherited a divided diocese and was able to unite the Christians.

He also highlighted the achievements of the diocese which include; construction of 260 water harvesting tanks to different communities, construction of Karwa primary school, porter’s village, completion of faith house among others.

The retired Canon Rev. Baker Habimana welcomed early retirement of Bishop Mugisha but asked him to let the Archbishop takeover the diocese. He also asked him not to influence in the new succession.

Christians who preferred anonymity said that Bishop Mugisha should give accountability on the status of the diocese before retirement.

Bishop Mugisha joins Bishop George Bagamuhunda of the Diocese of Kigezi who is set to retire in June 2022.

Ingrid Turinawe: FDC is collapsing because of Nandala Mafabi’s arrogance and hatred towards members

Ingrid Turinawe: FDC is collapsing because of Nandala Mafabi's arrogance and hatred towards members