PHOTOS: IGP Ochola shows up in public to prove he is still alive and kicking

The Inspector General of Police (IGP) Martin Okoth Ochola has made a public appearance after months of speculations that he is critically ill.

The Police Chief on Friday presided over the Annual General Meeting for the Directorate of Police Health services at Police headquarters Naguru. 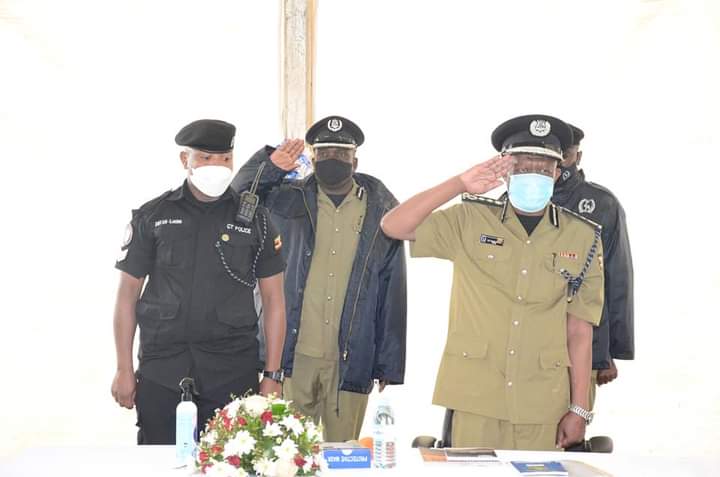 On Wednesday, reports made rounds on social media claiming that Ochola had been taken to hospital where he was allegedly battling for his life and was on a life support machine.

However, Police was quick to dismiss the allegations.

“Please disregard rumours circulating on social media claiming that the IGP, is hospitalised and on oxygen. We do reiterate that the IGP is not hospitalised as claimed in certain media circles. He is in good condition, with a back to normal pressure level and has been working throughout the month of September,”Police Spokesperson Fred Enanga said. 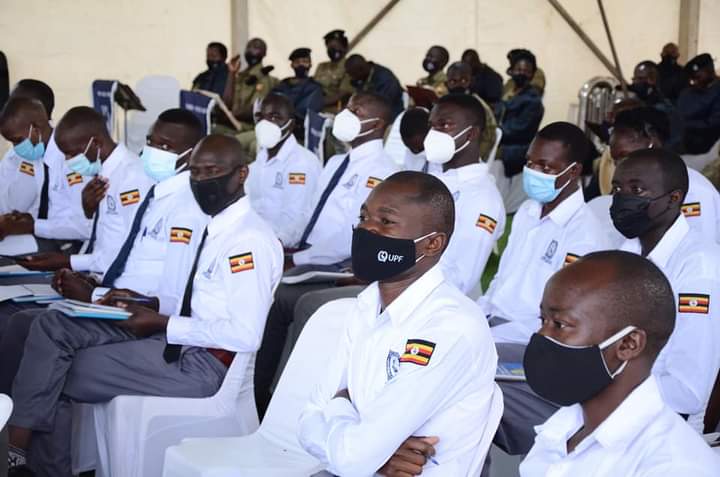 Later in the day, Ochola also told Daily Monitor newspaper that he was fit as a fiddle before denying having any ailments that impede his discharge of police duties.

For months, the IGP has been delegating senior police officers to represent him at several state and internal events, which sparked rumours that he could be sick or not in charge of the institution’s command and control, allegations he said have been misreported in the media and by colleagues.

“I am as fit as a fiddle. I am as energetic …,” Mr Ochola told the local daily.

His remarks came after he skipped the meeting with the Parliament Committee on Defence for the third time.

“Since the recent demise of the Deputy IGP [Lt Gen Paul Lokech], he [Ochola] has really had a rough time. So we have advised him plus his physician at Mulago [Hospital] to try as much as possible to avoid long meetings as we are stabilising him,” Dr Byaruhanga said.

Ochola could not attend Lt Gen Lokech’s burial because he had problems with high blood pressure.