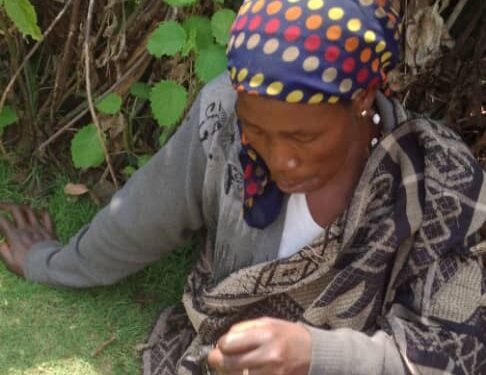 A 45-year-old married woman from Kabuga, Nyakabande subcounty in kisoro district has been expelled from the village for allegedly committing adultery with a UPDF officer.

Leaders of Kabuga LC1 resolved to expel Felesita Ngendahimana from their area on allegations of committing adultery with a UPDF officer.

Ngendahimana is married to Phillip Ngendahimana who works in Kampala. The couple has five children.

Trouble started when Ngendahimana invited a yet to be identified UPDF officer into her husband’s bedroom. Her children couldn’t entertain such ugly behaviors of their mother and they called neighbors who responded in time.

After a while, neighbors started gathering at the suspect’s home and they ascended on UPDF officer in the bedroom of the couple before tying him using ropes.

It is said that UPDF officers from Nyakabande barracks reached in the area and rescued their colleague from the angry residents who wanted to lynch him for committing adultery.

In the village meeting held yesterday morning at Kabuga trading center, the area LC1 chairperson Rudahunga Agustin resolved to expel the suspected woman from the village after consulting her husband who works in Kampala.

Kabuga LC one chairperson Rudahunga said that he couldn’t go against residents’ decision of expelling the two suspects from the area. He advised married couples to remain faithful to their loved ones as a way of reducing on domestic violence in the area.

Kabuga woman chairperson, Vereriya Nyirabaganda said that the suspect Ngendahimana has been committing adultery with the UPDF officers in presence of her children until last night at 2:30 am when she ran out of . She said that the children alerted neighbors because they couldn’t continue to tolerate such behaviors of their mother.

However, Ngendahimana denied the allegations and vowed not to leave before her husband comes home.

An old woman was seen begging residents to forgive the suspect before she was asked to keep quiet. They insisted that Ngendahimana’s crime magnitude is unforgivable.