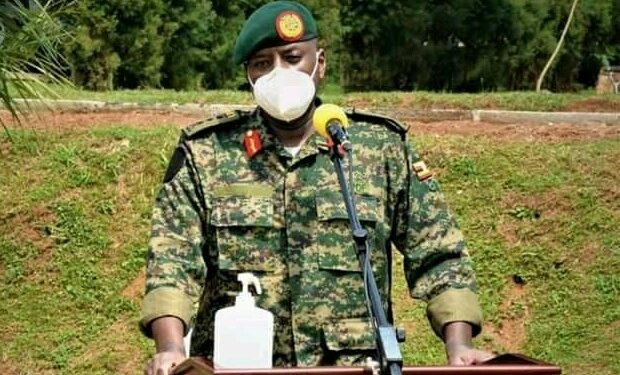 The Commander of the UPDF Land Forces Lt Gen Muhoozi Kainerugaba has expressed readiness by the Ugandan army to take on and overthrow the military regime that recently took over the government of Guinea following a coup de-tat against President Alpha Conde.

At the beginning of this month, the Guinean special forces seized power in a coup, arrested the president, and promised to change the political makeup of the West African country.

The nation of 13 million people – one of the world’s poorest countries despite boasting significant mineral resources – has long been beset by political instability.

Now following the coup, Uganda’s First Son on Tuesday said if their Commander in Chief President Yoweri Museveni gave them instructions, it wouldn’t take UPDF a day to deal with the coup leaders in Guinea.

If our Commander in Chief gave us instructions it wouldn’t take UPDF a day to discipline mutinous troops like the ones in Guinea-Conakry. pic.twitter.com/63sBXdv18L

A few days ago, President Museveni condemned the coup d’état in Guinea, describing it as a “step backwards”. He said the coup leaders should be sanctioned and “get out”.

“It is a step backwards. Those military coups are of low value. We had them in the 60s and they were part of Africa’s problems… so I condemn it,” Museveni said.

Bobi Wine: Museveni will end up in the dustbin of history, its just a matter of time