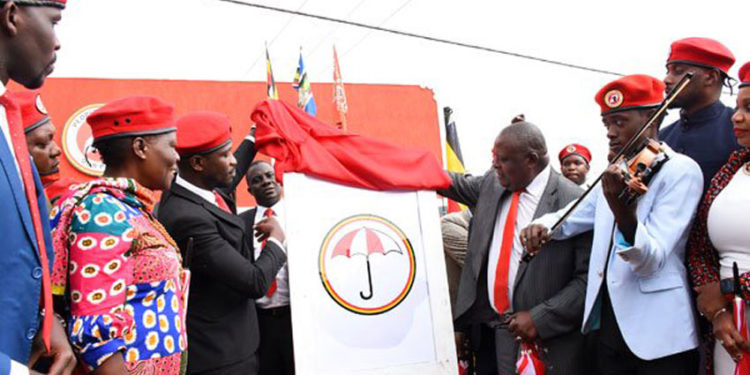 The news coming in from the Kamwokya based National Unity Platform ( NUP) party is that the party leadership and founding leaders- Kibalama Nkonge and others have reached an agreement regarding the ownership of the party.

Moses Nkonge Kibalama, and Paul Ssimbwa Kagombe, former Party President and Secretary-General respectively had dragged the Bobi Wine/David Lewis Rubongoya party administration to court over among others, illegal acquisition of the party.

The party had dragged on for months, with the two seeking court to nullify the new arrangements and return the party to the old leadership.

The duo has however today, Friday 10, announced they have withdrawn their complaint from court after reaching a compromise between the two parties.

“We have to inform the general public that we have withdrawn all complaints that we previously made against National Unity Platform and its current leadership,” reads the Friday 10 statement in part.

“There were some misunderstandings between ourselves and the party but they have been resolved,” the statement reads further.

Kibalama and Ssimbwa , on behalf of other members behind the petition, apologised to party members the endless legal squabbles might have irked. 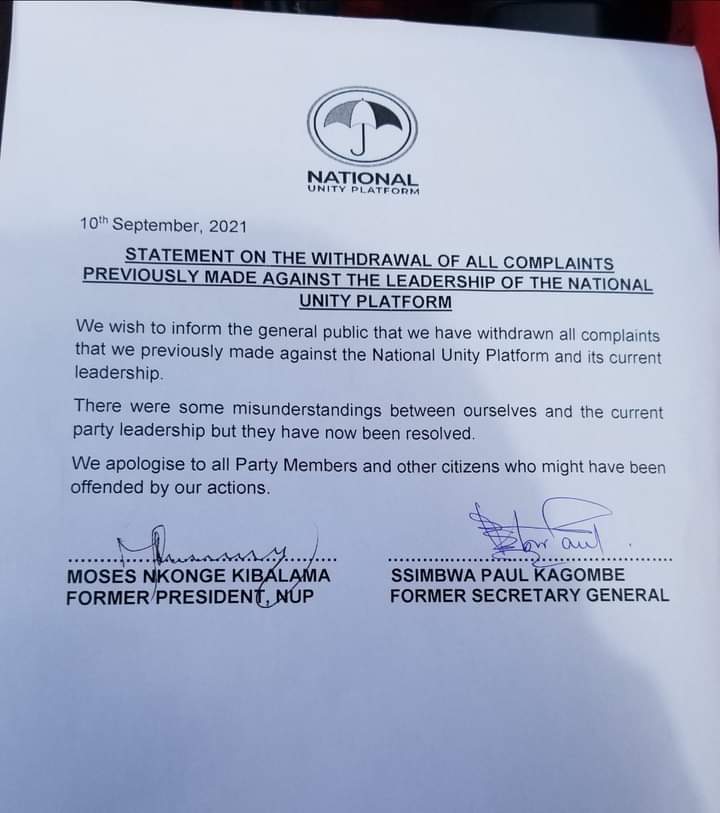