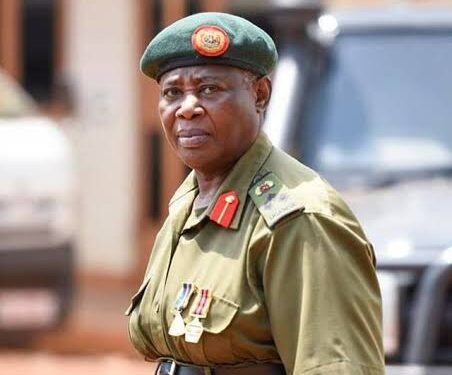 A former teacher and guerrilla fighter with the NRA, Proscovia Nalweyiso is not only the highest-ranking female officer in the Uganda People’s Defence Force (UPDF); she is also one of President Yoweri Museveni’s most-trusted aides and a quiet State House power broker.

In 2019, she was promoted to the rank of Lieutenant General by the President who is also the Commander in Chief of the armed forces.

Born in June 1954 in Mpigi, Nalweyiso grew up in a large family with 20 children.

By 1979, she had started working as a junior teacher and a typist at a church near Gombe, Mpigi district. It was at that same time that the political animal was stirred up.

During that time she joined the Democratic Party and was named the sub-county publicity secretary and in 1980 during the elections, the Uganda People’s Congress rigged elections and the late Apollo Milton Obote was set to become President again.

After rigging, UPC members started terrorizing DP members and that propelled Nalweyiso into an armed rebellion.

She joined the National Resistance Army (NRA) in 1982 after realizing that it was her only way out to go fight for her country.

In 1983, a new unit, the Women’s wing was carved out of the NRA. Nalweyiso was named as its first commandant. In 1984, most of the women were ordered by the NRA high command to move to western Uganda from their base in Luweero.

When the NRA captured power, Nalweyiso was given the rank of Captain and deployed as Commandant of the Women’s Wing in the Army. She was soon promoted to Major and Lt. Colonel by the turn of the year 2000.

In 2017, she was promoted to the rank of Major General.

For more than 15 years, Nalweyiso has been based at State House as a Senior Advisor on Defense issues and according to sources, she is one of the most trusted by the President because of her resoluteness.

She was married to an army officer in 1974, while still a civilian, but separated with him. She is a mother of four.

Do you want to start a money lending business in Uganda? These are the steps you should follow

Do you want to start a money lending business in Uganda? These are the steps you should follow