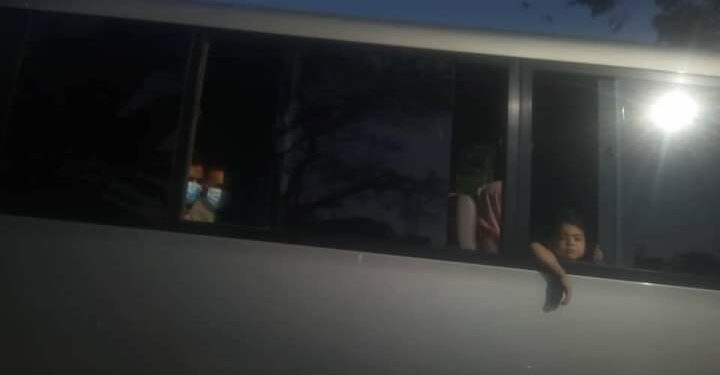 The Government of Uganda has on Wednesday received 51 evacuees from Afghanistan who arrived aboard a privately chartered flight at Entebbe International Airport.

This follows a request from the US government and acceptance by the government of Uganda to temporarily host ar risk Afghan Nationala and other nationals who are in transit to the United States of America and other destinations worldwide.

“Uganda and the United States of America enjoy long standing cordial bilateral relations which are historic in nature and continue to pursue common interests for the mutual benefit of both countries,” the Ministry of Foreign Affairs said in a statement dated 25th August, 2021.

“The decision to host those in need is informed by the Government of Uganda’s consistent policy of receiving refugees and persons in distress as well as playing a responsible role in matters of international concern.”

The Ministry further noted that the evacuees who include men, women and children underwent the necessary security screening as well as the mandatory COVID-19 testing and the required quarantine procedures.

” Whereas it has been arranged for some Ugandans to travel on the above flight, due to challenges of accessing the airport in Kabul, they were unable to make it. Arrangements are being made to bring them in the subsequent flight.”

Lasf week, Esther Anyakun, minister of State for Relief, Disaster Preparedness and Refugees, revealed that Uganda was expecting a total of 2,000 refugees from Afghanistan.

Hundreds of Afghans are fleeing the country after the Taliban forces entered the capital of Kabul, Afghanistan, and took control of the presidential palace recently.

This is not the first time Uganda is hosting refugees from outside Africa. According the UN Refugee Agency, Uganda received 7,000 Polish refugees during World War II.

Uganda hosts the largest number of refugees in Africa, more than 1.45 million, mostly from South Sudan, but also from the Democratic Republic of the Congo and Burundi, according to figures by the United Nations High Commissioner for Refugees.