We should be concerned about terrorism! Ex-minister Capt Francis Babu expresses fears on what may happen to Uganda after hosting Afghan refugees 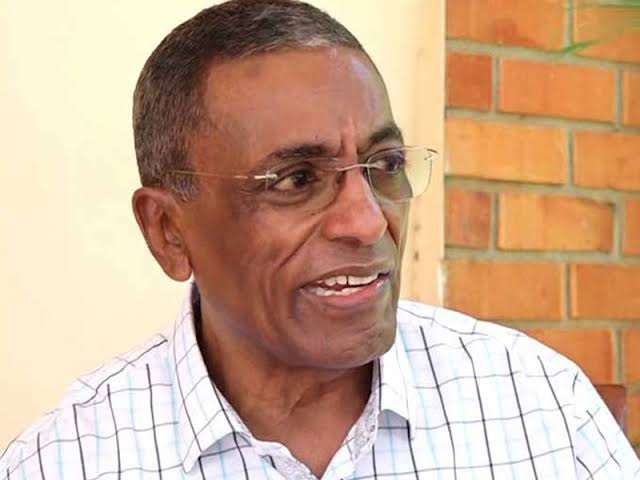 During an interview with NTV Uganda on Wednesday, Capt Babu said he is worried that Uganda is bringing refugees from a countries that have been part of terrorism.

“Why can’t USA take those refugees? Helping our neighbors and fellow Africans is okay. Why are we going to the middle East that has been a turbulent area for too long?” the former State Minister for housing said.

“America has enough States to take just 2000 refugees, why are they pushing us to take them? We have already paid a price for being in Somalia, do we want more?” he added.

Capt Babu’s remarks come hot on the heels of Uganda’s decision to receive 2,000 refugees from Afghanistan.

This is after the United States of America requested the East African country to host the refugees that are affected by the Taliban forces in Afghanistan, according to the State Minister for Disaster Preparedness and Refugees, Esther Anyakun.

“Our team is ready at the airport, including the health team. Tonight we are expecting 500 Afghans,” Anyakun said told New Vision newspaper on Monday.

However, by press time the teams were still at Entebbe International Airport waiting for the arrival of the Afghan refugees.

Anyakun later told the daily publication on Tuesday that the refugees will be hosted temporarily at the request of the United States government.

Andrew Nsawotebba, the health manager for test and fly, which is responsible for testing incoming passengers, said the refugees will not be subjected to the mandatory COVID-19 testing since Afghanistan is not listed among the category countries.

Kabul’s international airport was in the throes of chaos Monday as desperate Afghans tried to flee on departing U.S. jets, Taliban gunmen roamed the terminals, and U.S. troops killed at least two men, a sign of the disorder in the wake of the Taliban’s takeover of Afghanistan.

U.S. troops on Monday flew helicopters low overhead, launched smoke grenades and fired into the air in an attempt to disperse crowds and gain control of the facility, where the U.S. is staging the evacuation of American personnel and thousands of Afghan interpreters and others who worked for the U.S. and now fear Taliban retribution.

At least eight Afghans were killed on Monday at the airport. In two incidents, armed men were shot and killed after approaching U.S. Marines. The U.S. troops weren’t injured and the armed men weren’t identified. Military officials said they couldn’t confirm whether the armed individuals were members of the Taliban.

Video images from the airport on Monday showed people holding on to a military plane moving along the tarmac and appeared to show two objects or people fall off when the aircraft was hundreds of feet in the air. Pentagon officials acknowledged the video imagery, but said they couldn’t yet confirm what had occurred, or if people had fallen from the plane. Commanders have begun an investigation into what happened on the tarmac, Pentagon press secretary John Kirby said on Monday.

Witnesses separately reported seeing three bloodied bodies, including that of one woman, on the ground outside the passenger terminal building. Stranded travelers said those people had been shot.