by Catherine Apolot
in National, News
5 0 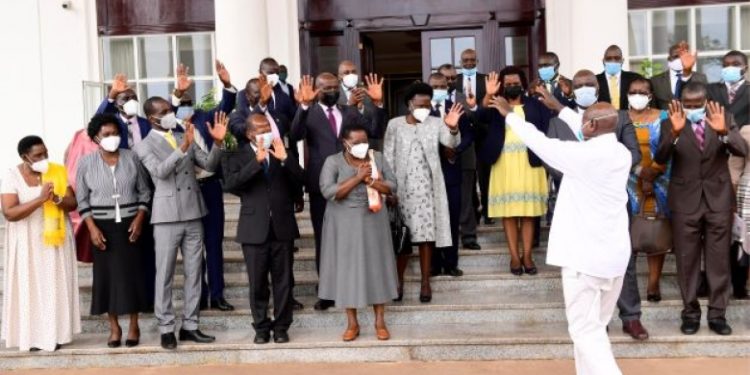 President Yoweri Museveni has okayed the process of operationalisation of the Earth and Applied Sciences Public University in Bunyoro sub region. He said he has passionately championed the policy of establishing a public university in each of the 18 original regions of Uganda including Bunyoro.

This was during a meeting on Tuesday , with the Bunyoro Caucus leaders led by the Prime Minister Rt. Hon. Robinah Nabbanja at State House Entebbe.

Through their memorandum of understanding on behalf of the people of Bunyoro read by their chairperson, Hon. Karubanga Jacob, MP Kibanda South Constituency, they presented the need for the operationalisation of a public university of Earth and Applied Sciences in the Bunyoro sub region, a move they say will foster and create opportunities for technological and economical transformation through research and innovation.

President Museveni said his concept is to have zonal universities in the country and advised that a task force should be set up to guide on the courses that will not only help the students but also the country.

“Let us not have white elephant courses. Let us have courses that will help these children and the country to have innovation skills,” he said.

He noted that children should always be guided to do courses that will meet the world demand, not the ones that will leave them on the streets after school. He gave an example of Mbarara University which is concentrating on Sciences and creating change.

Mr. Museveni appealed to the leaders in Bunyoro and the country at large, to support his integrated efforts of eradicating poverty and increasing household incomes for economic transformation.

He urged the leaders to go parish by parish to audit the wanainch on their efforts to leave subsistence agriculture and join a commercial economy.

He saluted the people of Bunyoro for supporting him and all the NRM leaders in the recently concluded elections.

The Prime Minister Rt. Hon. Robinah Nabbanja thanked the President for the time and strategic developments in the Bunyoro sub region. She said that with a public university in the region, it will support the country’s social economic transformation.

In 2015 Parliament of Uganda passed a resolution urging the government to start public universities in Lira, Soroti, Kabale, Busoga and Bunyoro among others.