I dont need money from Gen.Saleh. I am rich – Gravity

by Christian Samuel
in News
22 0 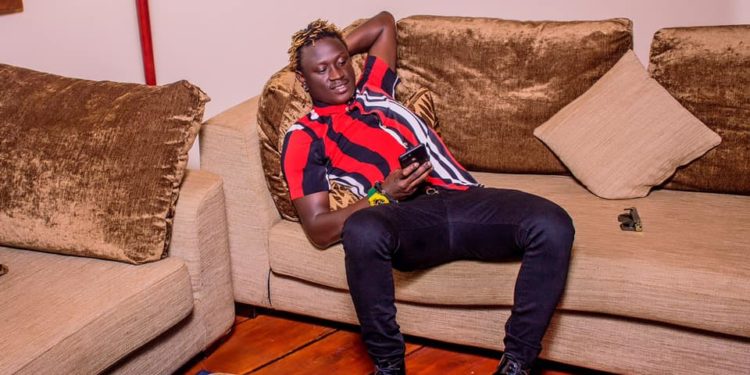 ShareTweetSendShare
KAMPALA, Uganda — As many Ugandan musicians struggle to cope with the consequences of the COVID-19 epidemic on the music business, rapper Gereson Wabuyu alias Gravity Omutujju has stated that he is not one of them.
Gravity, who is probably one of Uganda’s most in-demand artists owing to his enthusiasm, stage presence, crowd engagement, and general knowledge, all supported by his hit songs, has accumulated enough money to keep him afloat.
Gravity was one of the busiest artists in Uganda until Covid-19 took control, with performances scheduled all across the nation.
Gravity has shown off some of his assets, including mansions, and he is not afraid to add more showy rides to his fleet.During a TV interview, the broken English singer, who has been engaged in the music industry for over 10 years, said that he is a billionaire.
“I’ve been saving for a long time, and I’m now a wealthy man. He cannot be incorrect if he refers to me as a millionaire since I have money in my savings accounts,” he explained.
Gravity made the disclosure in response to how fellow artists who attended the Gulu retreat were grouped together and branded as “beggars.”
According to Gravity, artists lack a saving culture, which gives him an advantage over most of them in continuing to live a happy life despite the humiliating epidemic.
He stated that the music training retreat, which saw artists get diplomas, was a proof of officially handing the music business to the government.
He feels that the OWC leader could not teach artists anything musical, and that it was up to the artists to teach Gen. Saleh about music.
When asked what he thought of the list that circulated on social media in which artists demanded large sums of money, Gravity speculated that they may have sold their music collections to Gen. Saleh.
He further boasted that he does not require any money from Gen. Saleh, claiming that he is well-off.
Do you have a story in your community or an opinion to share with us: Email us at editorial@watchdoguganda.com

Subscription fees for DStv and GOtv have increased!

Miss Tourism Buganda has been canceled.

Miss Tourism Buganda has been canceled.