by Mubiru Ivan
in National, News
24 0 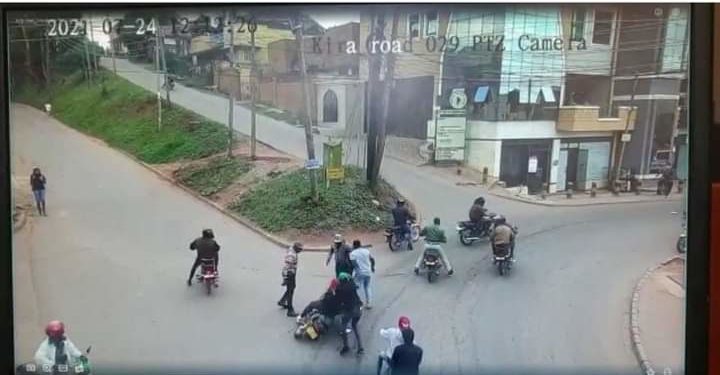 This has been disclosed by Criminal Investigations Directorate (CID) Spokesperson Charles Twiine.

“12 suspects have been arrested, and three motorcycles retrieved following a heightened Intelligence led operation as helped by CCTV police cameras against these motorcycle organized gangs,” Twiine tweeted on Monday.

He further noted that the suspects confessed to the crime and properly guided the police to scene reconstruction.

The territorial Police at Kira road last month kicked off an investigation into a robbery incident that happened on Saturday 24/7/2021.

The incident happened at around 12pm along Mawanda Road in Kamwokya.

“The victim was surrounded and assaulted continuously until his money amounting to 5 million Uganda shillings and 2 phones were stolen from him,” Owoyesigyire said.

“The police recorded statements from eye witnesses and has started following up on leads that have proven helpful in identifying the suspects for arrest.”

Shock as man attempts to burn wife for denying him sex