Kabuleta: Why are other countries lifting lockdown and not Uganda? 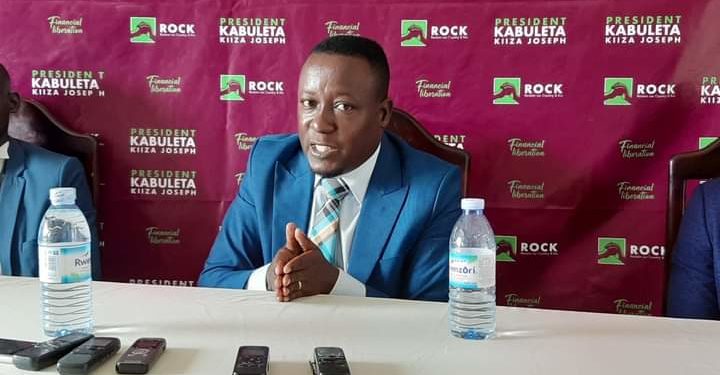 ShareTweetSendShare
Former presidential candidate Joseph has once again called for the lifting of the current lockdown because it has, like the first one in 2020, caused more harm than good.
Last month, President Yoweri Museveni imposed a 42-day countrywide lockdown which was, according to him aimed at stemming a surge in Covid-19 infections.
The measures include a ban on public transportation within and across districts among others, which Museveni said would ease the burden on Uganda’s struggling health system.
But now Kabuleta, a critic of the President’s Covid-19 policies says research has shown that the first lockdown world-wide did not help in curbing the infections. Instead, many people have lost jobs, others are dying because of hunger,depression and other treatable ailments because they cannot be transported to hospital.
“Lockdown was a mistake,” Kabuleta said during an appearance on BBS Television on Monday, while responding to a question on how he would have handled the current situation had he won this year’s Presidential Polls.
“The first lockdown lasted for about five months depending on the country. But a study at the Stanford University, California carried out in countries that did not undergo a lockdown such as Sweden, Croatia and Tanzania as well as South Dokota a state in the USA showed that the lockdown was never advantageous. This study, after it was released has been embraced by many countries that had undergone lockdown such as France and England and are now set to loosen restrictions,” he said.
Adding: “What I am against is Museveni pretending as if Covid is a Uganda only problem and yet those countries that are better than Uganda are re-opening. Why should we allow more people to die (of depression, hunger) as we try to save the few who are said to be dying of Covid-19?” he asked.
Uganda has registered 87,756 Covid-19 cases. About 2,129 of these have been deaths.
But Kabuleta maintains that some of these numbers are inflated by some government officials in order to profit from the pandemic.
“Government has been the biggest beneficiary of Covid-19, not hospitals (that are charging obscene monies to treat patients). Government will not help Ugandans because ever since the pandemic broke out in 2019, there has been a lot of profiteering,” he told NBS’ Solomon Sserwanja on Monday.
The current lockdown is set to end on July 30.