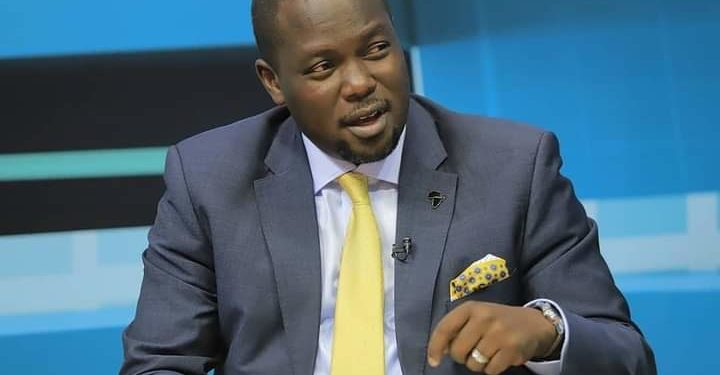 Todwong says that the perpetrators of corruption are not only in government but are in all other social units and structures of society like families, churches, NGOs among others.

“The choice is in our hands and the responsibility falls on our shoulders to save our homeland from this ‘cancer’ of corruption and embezzlement of public funds with impunity,” Hon.Todwong said.

The NRM boss said this while addressing journalists on Tuesday at Sheraton Hotel after attending a world political party’s summit via zoom organized by the Communist party of China (CPC) as it marks its 100th anniversary since it was founded.

The summit was attended by more than 500 heads of political parties from 160 countries especially from Asia, Africa, South America and Eastern Europe.

The CPC General Secretary and President of China Xi Jinping in his speech reiterated Chinese commitment towards working together with other countries to ensure sustainable peace, stability and well-being of world economies.

Xi told leaders that political parties are an important force behind human progress and people’s development and well-being.

“We need to hid to the voices of the common people, follow the trend of the current times, stress coordination and cooperation. By doing so, the dreams of one country will be kept in line with those of other countries in order to attain a shared future,” President XI said.

This summit marks the climax of several activities the CPC has organized while celebrating its contribution in the development of China since it was founded 100 years go.

The Communist Party of China (CPC) and National Resistance Movement (NRM) enjoy a historical relationship marked by various exchange programs and assistance that CPC extends to Uganda through the NRM party.