Is it order from above? Covidex’s Prof Ogwang stopped from addressing media 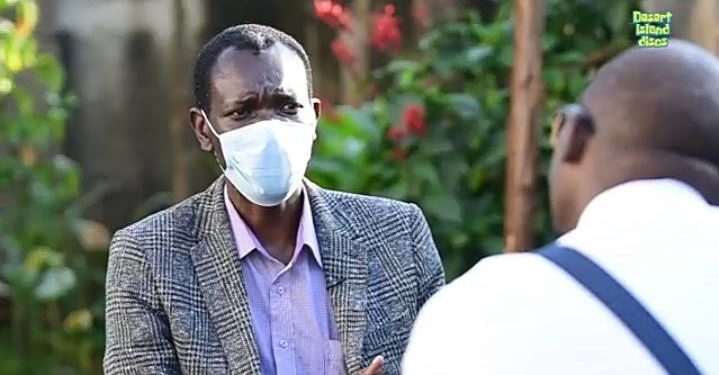 Professor Patrick Ogwang Engeu, the brain behind Covidex herbal medicine has been stopped from having media interviews.

This was revealed by NBS TV where he was supposed to appear for an interview on Tuesday morning.

“UPDATE: Apologies to our viewers, we shall not have Professor Ogwang Engeu Patrick on the Topical Discussion because he has been stopped from having media interviews, according to his Personal Assistant,” NBS TV posted on its Social media pages.

However, the reason behind the development has not been disclosed.

And over the weekend during an interview with Capital FM Desrt Island Discs , Prof Ogwang revealed that President Yoweri Museveni phone called him and promised to extend a financial boost towards his project.

“I told him I want security especially for the factory and for myself. I also told him I want the capacity to expand production. He told me he would connect me to Paul Lokech and Madam Nakyobe (Lucy) to handle the security and financing. He kept calling me every day to check on the progress,” Ogwang said.

He also noted that he is already manufacturing, producing and bringing to the market a minimum of 30,000 20mls bottles of his Covidex a day.

All this is being done from his Entebbe Road plot/small piece of land located in the Akright City which he converted to facilitate mass production of the vastly-demanded Covidex product.

The 48 year old further disclosed that he is humane and alive to the fact that majority of his fellow Ugandans are financially stressed which is why he is strictly selling to all NDA-approved pharmacies countrywide at at little as Shs5,000 per bottle.