Tribute to Late Prof. Noble Banadda: The first Sub-Saharan African to graduate with a PhD in Chemical engineering 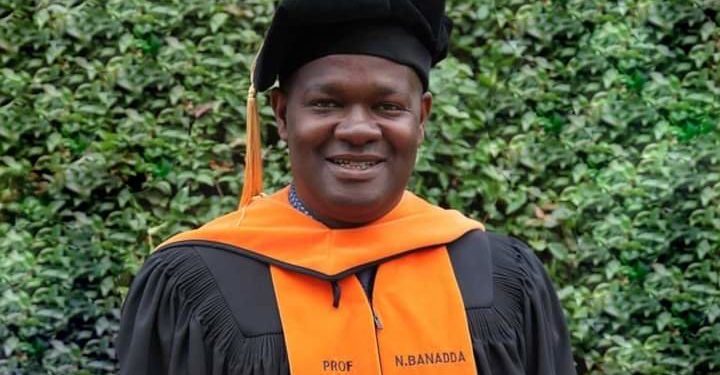 Death has robbed Makerere and Uganda an extraordinary Professor.

Prof Noble Ephraim Banadda was the first Sub-Saharan African to graduate with a PhD in Chemical engineering from the Katholiek University Leuven in Belgium opening many doors for Africans. He was appointed as full professor in 2012 at the age of 37, one of the youngest persons in the history of Makerere University. He was the first African recipient of the Pius XI Golden Medal 2018, the first African under the age of 45 to be recognized by a sitting pope. And many other medals for his outstanding performance.

Makerere and the entire globe has lost a prolific researcher. Noble Banadda held a n MSc in processing engineering (2006) and a post graduate diploma in processing engineering (2000) of the Katholeik
University Belgium, Bachelors of Science in Food Science and Technology (1998) of Sokoine University of Tanzania. Through his expertise and experience, Banadda won several projects, Fellows and was ranked high by Google Scholar. Noble has supervised several PhD and MSc students with over 100 scientific publications.

By the time of his death, Prof. Banadda had in October 2020 been inaugurated as one of the 10 Oliver Thambo (ORTARChi) Chairs attracting USD 250, 000 annually and an additional £ 100,000 Euros for the next 15 years for graduate research in Agricultural waste management on farms with a target of training 15 PhDs, 9 Post-doctorals and 27 MSc.

Makerere has lost an academic giant and innovator. Banadda was the brain behind the development of the parts of the Bulamu Ventilator and the Biodegradable face shields in the efforts to combat COVID -19.
He developed the solar powered irrigation pump, the Multipurpose Farmers’ Tractor called MV Mulimi, and started the extraction of fuel from hard plastics and making insecticides from the eucalyptus and otheragricultural waste to name but a few.

As CAES, we mourn our fallen top cream Professor with very heavy hearts. He has left over 10 PhD and MSc. under his supervision and was aspiring candidate for the post of Principal CAES.

It is, indeed a very trying moment as CAES looses one staff after the other and their loved ones to COVID-19.

Covid-19: Teen mothers struggle to earn a living during lockdown in Uganda