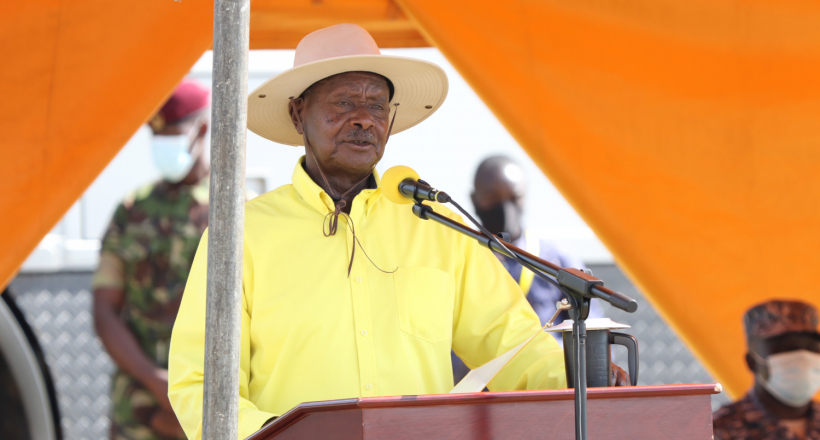 The appointment of five ministers from the Kigezi sub region has excited the area leaders.

President Museveni on Tuesday made a reshuffle where 38 incumbent ministers were dropped and the former Education minister and retired army Major Jessica Alupo was appointed as Vice President and named outgoing Junior Health State Minister for General Duties Robinah Nabbanja as Prime Minister.

For the past five years, the region had only four ministers who included David Bahati who was Minister of Finance for Planning, Dr Chris Baryomunsi who was state Minister for Housing and Dr Philemon Mateke Minister of State for Regional Cooperation . Former Prime Minister Ruhakana Rugunda also hails fron Kigezi.

In the new Cabinet, Rugunda has been appointed as Special Envoy for Special Duties in the office of the President, David Bahati as minister of state for trade and Industry, while Dr Chris Baryomunsi is now the Minister of Information, technology and National Guidance.

Sheikh Kassim Kamugisha the former Kabale Municipality NRM Parliamentary flag bearer called upon the newly appointed minister from Kigezi to work hard to see that the NRM manifesto is implemented and avoid infighting that hinders service delivery for the people they are supposed to serve.

Kassim says that most of the appointment in the new cabinet are young people which shows that President Museveni intends to bring back the leadership to the young people.

He said the addition of Musasizi, Nyirabashitsi and Jim Muhwezi in the ministerial positions was a sign that Museveni clearly understands the political importance of Kigezi Sub-Region to the NRM party.

Nshangabasheija added that the Ministers will strengthen the NRM in the region and aid party mobilization for the 2026 elections.

“With these ministers, people of Kabale and Kigezi will increase the voting score for the NRM from 80% to 90% percent in the next election. Wait and see,” Said Nshangabasheija.

Kisoro District Boss, Abel Bizimana the says that people of Kisoro are so delighted after president Museveni appointed Sarah Nyirabashitsi Mateke the daughter of the outgoing state minister of regional cooperation Dr Philemon Mateke, saying she is the right choice for the Ministry that caters for children affairs.

Bizimana asked President Museveni to hear the pleas of the people of Kisoro and pardon former Inspector General 0f police General Edward Kale Kayihura, son of the soil, and redeploy him either in Police it the Army.

Sarah Nyirabashitsi Mateke the Kisoro Woman MP State Minister for Gender, Labor and Social Development (Children affairs) says that she is so happy that the President has given her the chance to serve the country in the capacity of a minister and that the good thing is that she has been put in a docket where she has expertise and experience, thanks to her long time filed of advocacy for children rights.

“Am ready to serve the country the good thing is that I have been put in ministry where I have expertise because I have for long been an advocating for children rights” she said.

Henry Musasizi who is also the Rubanda East MP and former Chairperson Finance Committee of Parliament also thanked President Museveni for entrusting him with the responsibility in the Ministry of finance, regarded as one of the busiest and most vital among the 80 ministries.

“I look forward to this new task with humility, responsibility, and ofcourse excitement. I can’t wait to get started as we deliver the NRM Manifesto,” said Musasizi.

Former minister of finance for economic planning and Ndorwa West David Bahati says he is grateful to the President for retaining him as a minister .

“I thank President Yoweri Museveni for entrusting me to work with colleagues and drive the industrialization agenda that is meant to transform the country. I thank the people of Ndorwa West for the unwavering support.”