Pearl of Africa Hotel on verge of collapse after running bankrupt

by Catherine Apolot
in National, News
47 2 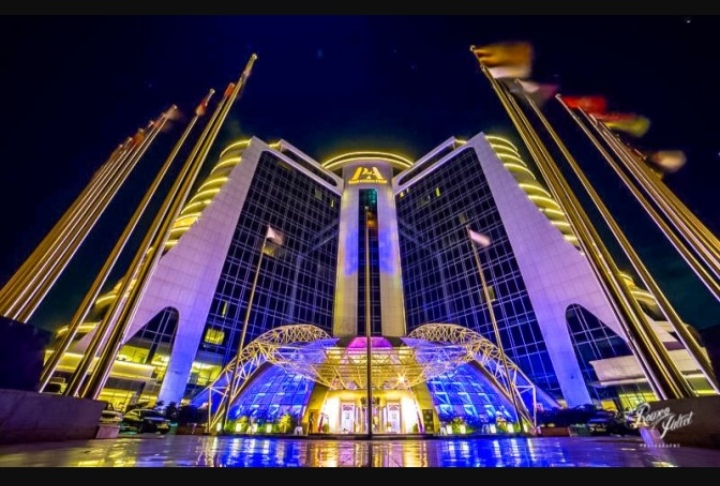 A former prestigious hotel in the heart of Kampala is on the verge of collapse, according to inside sources.

The hotel has been forced to close for the last three days after allegedly running bankrupt.

“Power has been cut off and works have stopped,” said a source who preferred anonymity.

“Can you imagine even security personnel have abandoned their jobs at the hotel,” the source added.

The hotel which was officially opened for business in 2017 is owned by AYA Brothers.

Watchdog website has since established that financial institutions and money lenders have surrounded the hotel owners, and properties were being attached. Among confiscated assets include Trucks stationed in Kawempe.

Pearl of Africa hotel has been doing so badly financially to the extent that the power distribution company, Umeme has been demanding over Shs800m, among other creditors.

It took the President to intervene to continue lighting the hotel which neighbors State Lodge Nakasero. In order to force compliance, Umeme decided to connect the building on Yaka. However managers failed to keep Yaka on.

Revellers who have been to Pearl of Africa hotel, told Watchdog Uganda that the swimming pool is also currently full of reptiles.

In 2019, Mohammad Hamid, the Chairman of AYA brothers failed to secure partnership with any willing investor in a bid to recapitalize his facility.

Hamid had for long advertised to attract investors to invest in his business but no one seemed interested.

“Because he has contacts across the globe, he displayed an interest to partner with a willing mogul into pushing Pearl of Africa Hotel,” a source said.

However, its was later discovered that foreign investors had shunned Hamid’s offer due to his past criminal record which they fear could have serious repercussions on the business once they agree to his Franchise proposal.

“You know the westerners are very serious. They don’t underestimate anything,” a source said.

Adding that many investors had initially agreed only to be turned away by Hamid’s ‘dirty image.’

“The investors fear, once they injected money in the hotel, they could end up losing it because that man is unclean.”

For example, a few years ago Hamid’s reputation was thrown in the mud when he was accused of sexual harassment.

Jamila Opondo, a former employee of Hamid accused him of sexually harassing her.

Opondo told the media that Hamid is a “sex freak” who derived pleasure from abusing his workers.

“He treats workers as objects that you can play with and then throw away,” Opondo said.

MP Zaake: Why I wrote 'NUP' on the ballot paper during Speaker elections