Balyeku, who was a principle signatory to the group's bank account alongside treasurer Naigaga were instructed by members to withdraw Shs60 million in total over time. This would leave over 240m which to their shock is nowhere to be seen. 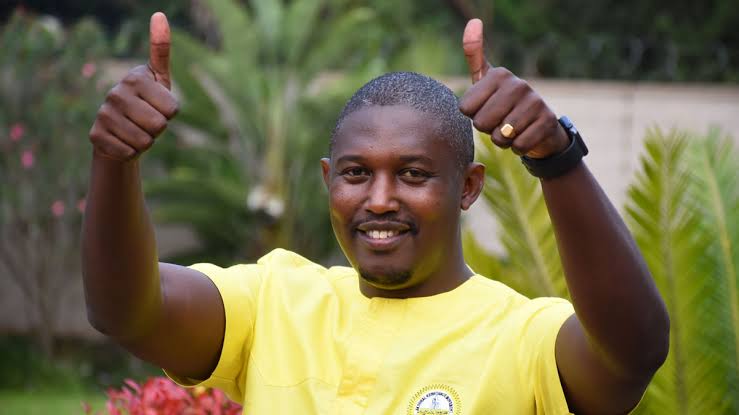 Outgoing MP for Jinja West Grace Moses Balyeku, together with his Namutumba and Mayuge counterparts, Naigaga Mariam and Mukoda Julie Zaabwe respectively are accused of embezzling over Shs240 million in contributions made by legislators of Busoga Parliamentary Group.

The money had been raised through a monthly contribution from each member over time.

According to the Group Whip also outgoing Bukooli South MP Godfrey Mayende Dede, over Shs300 million had so far been collected by members.

Balyeku, who was a principle signatory to the group’s bank account alongside treasurer Naigaga were instructed by members to withdraw Shs60 million in total over time. This would leave over 240m which to their shock is nowhere to be seen.

After all avenues of settling the matter failed to yield, Dede told this Website that all they are left with is to call a press conference and expose the errant members and thereafter institute a legal challenge to recover the money.

“We are giving them a one week ultimatum to refund the money or else we shall proceed to call a press conference and expose them and thereafter proceed to courts of law to recover the money,” Dede told Watchdog Uganda in a telephone interview.

On reports that Speaker of Parliament Rebecca Kadaga is also implicated in the mess, Dede said this was a fabricated propaganda aimed at soiling her image it being a campaign period.

” Hon Kadaga is not anywhere in this saga. She is just our Patron with no access to the group’s finances whatsoever. Whoever is fabricating such propaganda must be having other intentions possibly to spoil her image in this campaign period,” Said Dede.

Our further investigations have also revealed that November last year was the last time the trio were permitted to withdraw cash (Shs10 million) to help the family of the deceased former Kamuli Municipality MP Hajjat Rehema Watongola.

The money, according to another member who spoke on condition of anonymity, was withdrawn between December 2020 and January 2021- the hit period for 2021 general elections campaigns.

Whereas the group’s treasurer successfully defended her Namutumba Woman MP seat, her other two accomplices, Balyeku and Mukoda lost in Jinja West and Mayuge respectively.

They have all since self exited from the caucus’ WhatsApp group and persistently refused to return calls from each and every member of the caucus.

10 new MPs to watch in the 11th Parliament and why