Students  are required to buy graduation gowns from several suppliers recommended for them by the University administration. 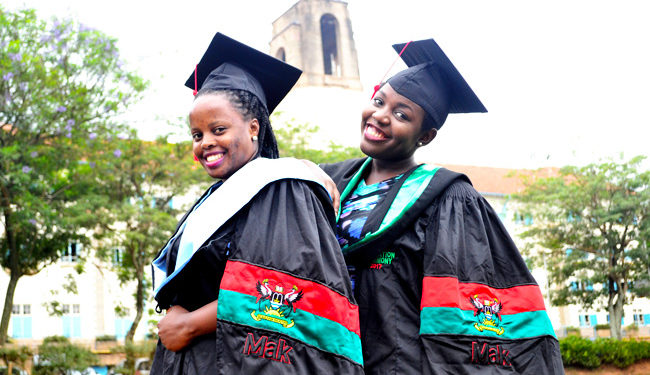 However, the function which will take place at the University Freedom Square will be limited to a only first class undergraduates, masters & and PhD graduates due to the need to enforce the Standards of Operating procedures  (SOP’s) against Covid-19.

In a press statement released early March this year by the University communications principal Ms Rita Namisango, she explicitly noted that large crowd gathering at the Freedom Square will be unacceptable.

“According to the SOP’s, crowd gathering in one place is prohibited. It is against this background that physical attendance will only be limited to a few people”. Said Ms Namisango.

She further noted that the function will be a virtual one, with a few university officials attending. According to Ms Namisango,  other concerned entities and university stakeholders out of the allowed attendees bracket  will follow the graduation proceedings on Televisions,  websites and other university social media platforms.

It should be remmembered that prior to the outburst of Covid -19, graduating students at Makerere University could take with them their relatives, parents and other well wishers to witness them reach such a marvellous milestone. However this time around, all this excitement and enablement will be reduced in order to effect the ministry of health instructions against the deadly disease.

Students  are required to buy graduation gowns from several suppliers recommended for them by the University administration.  Those who will  be absent at the function will wear them from their homes and other places.

Uncertainty and anxiety broke out  amongst students after the office of the academic registrar released a statement on May 6th, 2021 which outlined only seven supplier companies from whom graduands would buy gowns in order to obtain graduation booklets.

This meant that those who would buy from other suppliers, other than those named by the university would not access the booklets. After too much outcry from students, the office of the deputy academic registrar decided to make amends and promised  to avail booklets to all graduands, no matter where they will have obtained their gowns.

“To access a booklet, you will only come with the graduation receipt” Said Ms Patience Mushengyezi, the deputy academic registrar as she addressed students who sought redress on the matter from her office earlier today morning.

The author Mourice Muhoozi is a second year student of Journalism and Communication at Makerere University.

Who is Livingstone Ebiru, the new Executive Director of UNBS?