Ham Vs DTB case: Why Court of Appeal didn’t do its duty masterfully

COURTS DON'T HOLD THE DISCRETION TO STAND WITH AN ILLEGALITY

by Stephen Kalema
in Business, News
8 0 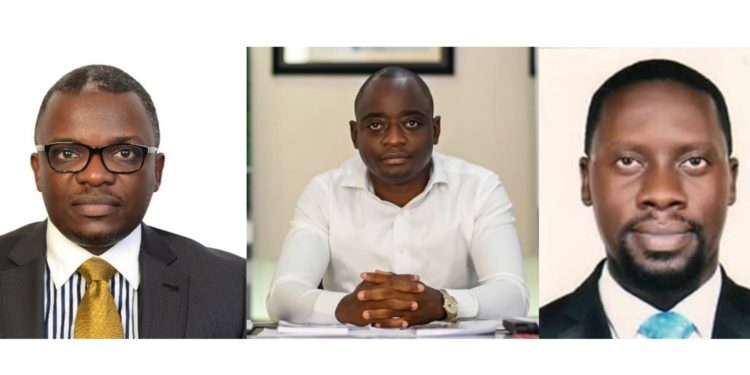 The Court of Appeal on Wednesday ordered the High Court Commercial division to hear the merits of a multi-billion lawsuit between Diamond Trust Bank (Kenya and Uganda) and businessman Hamis Kiggundu.

“A loan agreement with a foreigner or a foreign entity whether the contract is executed in Uganda or outside Uganda, would be enforced by a Ugandan court in accordance with the terms of the agreement between the parties, the laws of the respective countries in which the agreement is made,” Justices ruled.

Justice Adonyo had declared that since DTB Kenya was not licenced to conduct financial business in Uganda, the loans extended to Ham Enterprises were irregular, null and void. He had also held that by acting as a collecting agent for DTB Kenya, DTB Uganda had contravened the Financial Institutions Act and Agent Bank regulations.

While some added that the DT Banks took the project of cleansing themselves of this criminality through the appeal process is a serious but desperate matter.

The Court of Appeal also failed to show up when it neglected to consider the all-important question regarding the illegalities committed by DTB. Yet is a responsibility that when illegality is brought to the attention of a court of law, it has no discretion in standing with the illegality as it supersedes all questions of pleadings, admissions. A similar precedent is that case pf Makula International Ltd Vs His Eminence Cardinal Wamala SCCA No 4 1981.

However in the DTB Vs Ham case, the Court Of Appeal did not just refuse to pronounce itself on the illegalities committed by DTB, in an act derogating its appellate mandate, also abandoned the grounds of illegality presented in the Appeal. It instead, and regrettably went ahead to determine the appeal on grounds unknown to the Appeal or upon the excuse of alleged procedural irregularities which were given undue regard over substantive law questions of illegality.

The Court Of Appeal determined the Appeal on the basis internal that the amendment of the Plaint was irregular, that Ham’s claim for money wasn’t a liquidated demand because there was an audit and account order whereas there wasn’t any such order after it had been set aside, and finally, that DTB was never heard. None of the above issues were framed as grounds of Appeal by DTB and yet the Court Of Appeal went ahead to frame them, argue them and decide upon them. By dealing with an appeal in this way, the Court Of Appeal went against its own rules vide; Rule 102 of the Judicature (Court of Appeal Rules) Directions S.I 13-10 which forbids the court from allowing an appeal on any ground not set forth or implicit in the Memorandum of Appeal.

The Hon Chief Justice Bart Katureebe JSC (as he then was), while admonishing the above practice, was quoted with approval in Civil Appeal No. 6/2013; Ms. Fang Min Vs Belex Tours & Travel Int & Crane Bank Ltd SCCA No. 6/2013 for the binding proposition that;

‘’It is a cardinal principle in our judicial process that in adjudicating a suit, the trial court must base its decision and orders on the pleadings and issues contested before it. Founding a court decision or relief on the unpleaded matter or issue not properly before it for determination is an error of law’’ emphasis supplied.

We, therefore, take the view that by abandoning DTB with its baggage of illegality at the temple of Justice, the Court of Appeal left DTB with indelible stains of illegality on its face.

Whereas DTB wanted the Court of Appeal to wipe the illegality off its face, the Court Of Appeal refused to do so. We believe the Court of Appeal had already established that DTB had committed illegality on the facts of the case, that is why it refused to clear its name. DTB has no option but to walk around with this illegality everywhere it goes. It does not matter whether the case goes to the retrial, appeal or whether DTB leaves Uganda. DTB will always bear an engravement of illegality in its genetic makeup until a court of competent jurisdiction specifically overturns the High Court finding of illegality against it.

Having said that, we have always known the Court Of Appeal to be a court that has promptly dealt with the question of illegality whenever it has reared its ugly head. One example is the recent case of Crane Bank (in Receivership) Vs Sudhir Ruparelia & Another Civil Appeal No. 252 of 2019. In that case, the High Court dismissed the suit on a point of law after it had found that the Bank was committing an illegality by attempting to take freehold titles yet it was a foreigner prohibited from holding such land interest. In that case, the Court Of Appeal promptly dismissed the appeal and upheld the illegality found by the High Court.

The Court Of Appeal did not order a retrial of the case to prove the illegality because it found that it was sufficient to establish the illegality without calling further evidence beyond the Pleadings filed. We can only speculate that the illegality in the DTB Vs Ham case was too toxic to handle. That is probably the only non-legal reason as to why the Court of Appeal avoided it altogether.

So as much as we fault the Court of Appeal for ordering a retrial of the case, we applaud it for not making the mistake of interfering with the High Court finding that S. 177 FIA required a foreign Bank lending in Uganda to obtain prior approval from the Bank of Uganda. This should explain why the Hon Justice Richard Buteera DCJ rightly stated on Page 6 of his the judgment that a loan agreement tainted with the perpetuation of an offence would not be enforced by the Ugandan Courts. It is not by a slip that the DCJ makes the above statement bearing undeniable truths in an appeal where DTB is accused of blatant illegalities and offences. Either way, that statement ties in with the High Court finding that the joint DTB Defence was a perpetuation of illegalities because it was tainted with illegalities under the Financial Institutions Act 2004 (as amended).