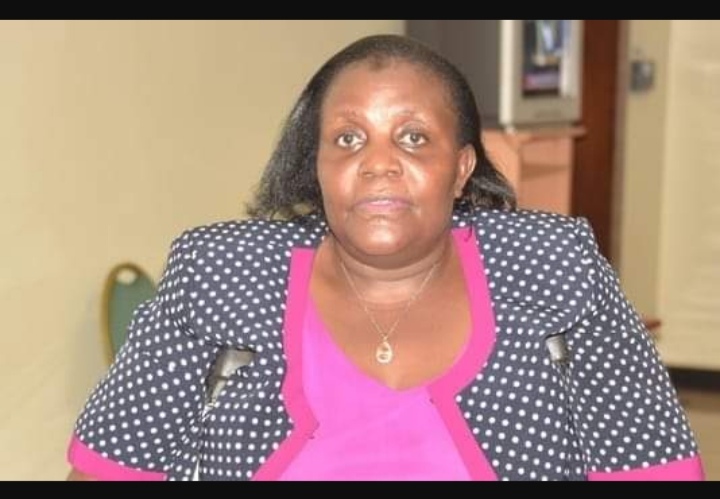 This has been revealed by the committee’s chairperson also Speaker of Parliament Rebecca Kadaga.

“The Appointments committee has just completed the vetting exercise for the Chairperson and members of the Equal Opportunities Commission,” Kadaga tweeted on Friday.

The President also appointed Mr. Ojok Joel Cox as Vice Chairperson while Denis Tumusime, Zaidi Ibrahim Edema and Sr. Mary Wasagali have been appointed as members of the commission.

“I hereby forward their names and curriculum vitae for parliamentary approval.”

In February this year, Museveni declined to renew Ntambi’s contract.

Her contract expired on 19th January 2021 and she was lobbying quietly to have it renewed as she faced charges of corruption and abuse of office at the anti-corruption court.

However, her efforts to have the President renew her contract met a dead end as she was ordered to by the Gender Ministry Permanent Secretary Aggrey Kibenge to hand over office.

In a letter dated February 19, to the Under Secretary Finance and Administration, Equal Opportunities Commission, Mr Kibenge directed that since Ntambi and some of her colleagues’ contract expired and are still waiting for President’s action on the tenure of the commission on whether to extend its mandate or appoint a new one, it was prudent that the affected individuals handed over office.

The contracts for the EOC commissioners, including the chairperson, expired in January and the President has not communicated his decision on whether or not he will renew some of them. Three commissioners including Ms Ntambi are however, eligible to be reappointment for another five-year- term. The other two commissioners are not eligible for reappointment.

ERIC KAZUNGU: Frank Gashumba is to Banyarwanda what Prophet Moses was to the Jews in Egypt!