by Stephen Kalema
in National, News
17 0 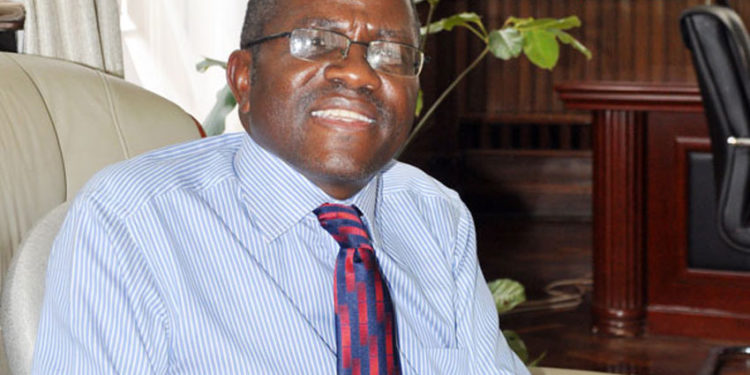 A group of people calling themselves social media influencers are asking for money to stop abusing the Katikkiro of Buganda Charles Peter Mayiga, according to his Personal Assistant Denis Jjuuko.

Jjuuko says that he has so far received calls and messages from four people asking for bribe so that they can stop abusing the Prime Minister and instead make social media posts in his favour.

“Anyway, Influencers… that is what they called themselves. Four of them now. Some called while others sent me messages. They said they have big followings and have been abusing the Katikkiro. That if I pay them, they will make posts in his favour,” Jjuuko said in a Facebook post on Friday.

He also disclosed that the Katikkiro has never failed to win any battle in Mengo so he will fight his wars without their assistance.

“I told them there is no battle in Mengo Katikkiro Charles Peter Mayiga has ever failed to win. From the Bambowa story to whatever people throw at him.He is a strategic thinker and at the same time as tough as nails. If you think you will make some ka money by abusing him, you are wasting your time.

“He has been at Mengo long before coronation, so his boss, Ssaabasajja Kabaka, knows him better than anyone in the Kingdom. The Kabaka knows what Owek Mayiga can do, and what he can’t do. The Baganda who care about their Kingdom know what he has done for their Kingdom and what is capable of doing. And they appreciate. Anyway, ayi Katonda kuuma Kabaka waffe,” the Communication Strategist noted.

Jjuuko’s revelation comes hot on the heels of the current backlash against the Katikkiro by a section of netizens.

On Tuesday, some social media users tasked Katikkiro Mayiga to provide details regarding the health condition of Kabaka Ronald Muwenda Mutebi following his public appearance during his 66th birthday celebrations at Bulange Mengo. The king looked sick and frail.

Winnie Nwagi explains why haters can’t bring her down