by Mubiru Ivan
in National, News
97 8 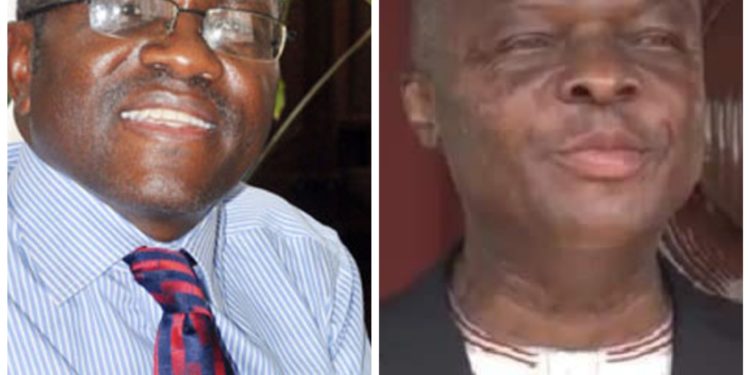 A section of Ugandans on social media have tasked the Buganda Kingdom Prime Minister (Katikkiro) Charles Peter Mayiga to provide details regarding the health condition of Kabaka Ronald Muwenda Mutebi.

For months now, speculations about Kabaka’s deteriorating health have been making rounds on social media.

The concerns gained momentum following the Buganda King’s back to back travels to Kenya.

Kabaka Mutebi on Tuesday publicly appeared before his subjects during his 66th birthday celebrations at Bulange Mengo but basing on his physical looks, he seemed to be unwell health-wise.

The frail king did not even speak to his subjects, which is very unusual.

And when the Katikkiro shared some of the king’s photos on his Facebook page after the celebrations, some netizens asked him to explain what really happened to their cultural leader.

A one Fifi Namubiru claimed that Katikkiro Mayiga should give answers to anxious Baganda regarding the health of their king.

Whereas, Ibrah Liq noted,”M so disappointed in you man….Per the clips I have seen and to what you have always been telling us about the king’s health ….you’re such a monster Mayiga.”

Agatha Kintu suggested, “But I don’t know why you don’t take our king (Kabaka) in the USA 🇺🇸 for further medical check up , or he is a Prisoner in East Africa?. Katikkiro bba mwerufu. Tell us.”

Remmy Akello also noted, “With all due respect why do you take our kabaka to Europe or USA for treatment? It’s evident that the king is not well whatever the case please katikiro and buganda do something.”

Nabagerekka Rashidah said, “The king is dieing slowly by slowly,, can’t you see it.”

Kiggundu Mohammed Hadid asserted, “If he is sick take him to good hospitals abroad we shall solicit the money otherwise kisusse😭😭.”

Ronald Roan Ntege said, “O Lord protect and heal my king, this is a prayer from deep down in my heart, and plz send thunder to strike everyone involved in any evil plans of killing him, let them die instead. Amen.”

Singer A Pass set to release his ‘bedroom’ album

Singer A Pass set to release his 'bedroom' album