by Mubiru Ivan
in National, News
19 1 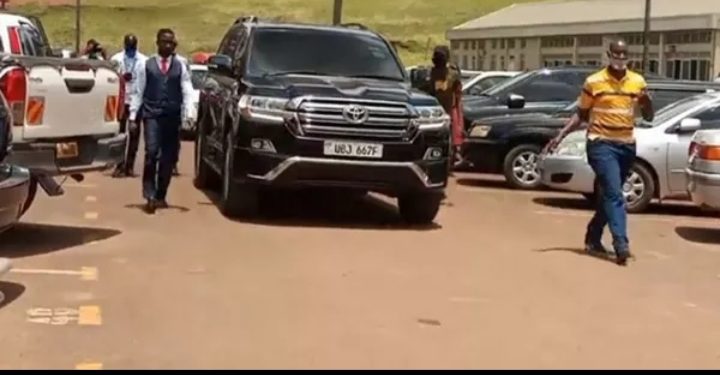 The car was delivered to the tax body offices in Nakawa by Bobi Wine’s lawyers Wameli and Company Advocates on Friday.

“In light of the court ruling, we reiterate our earlier request to present the said motor vehicle to URA Nakawa inland port for re-verification exercise in the presence of your appointed agent not later than Friday, pril,9, 2021,”URA said.

A few days ago, the former presidential candidate lost a litigation battle in which he sought to block URA from recalling his vehicle for a re-assessment.

The deputy head of the High Court’s civil division, Emmanuel Baguma on Tuesday dismissed Bobi Wine’s application on grounds that he failed to adduce evidence to convince court that the recalling of the vehicle for re-verification will cause him an irreparable injury which cannot be compensated by an award of damages.

Bobi Wine filed the application on March 1, through Wameli and Company Advocates, seeking a temporary injunction restraining URA and its agents from taking his vehicle Land Cruiser V8 registration number UBJ 667F which is said to be bulletproofed.

Bobi Wine argued that ever since he expressed his bid to contest for the presidency, the government has been targeting him with the aim of depriving him of his properties.

According to the musician turned politician , the vehicle in question was the only one he was left with following another that was impounded by police following the chaos that marred the Arua Municipality by elections two years ago.