We all have 529 voters to fish from, irrespective of colour, religion, race, tribe, party, or anything. We are the 11th parliament. 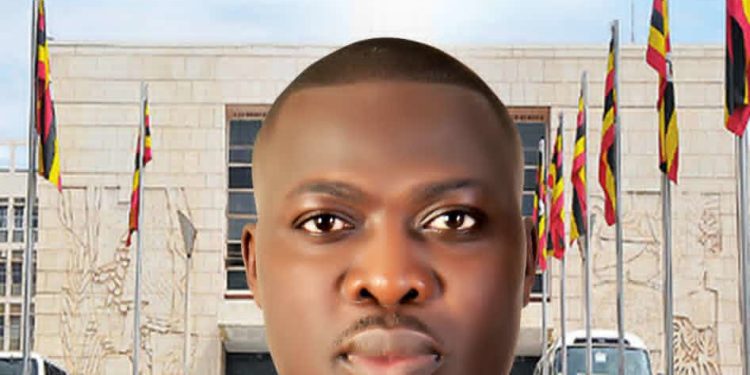 Bukoto Central MP-elect, Richard Sebamala is making a grand entry in Parliament having defeated a sitting vice president, Edward Kiwanuka Ssekandi. Being a newcomer in parliament, however, has not prevented him from declaring his interest in running for Parliament speakership.

Watchdog Uganda information platform caught up with the Engineer turned politician to talk about a wide range of political issues surrounding his ambitious attempt to upset the old guard for the topmost seat in the 11th House.

1.Engineer Sebamala, you are making tongues wag, over your interest in the Speakership of Parliament. What brings you into this race?

Why not? I have all the credentials for the speakership. Besides the people who are running for speaker have been part of the good, bad and ugly of the past parliaments. And running parliament is about the Rules of Procedure, the Constitution, and an army of staff appointed by the parliamentary commission to ease your mandate. No rocket science needed, all we need is change and rebranding of the 11th parliament.

2.But someone can argue that you don’t have the hands-on experience in parliamentary procedures, how do you respond to that?

Were Rebecca and Jacob speakers before they started executing their mandates? Jacob was in Kisekka Market in spare parts business before he came into parliament, through Kahinda Otafiire. They have done a quiet a good job. In parliament there is no speculation…everything is well laid out in the rules of procedures. Besides we are going to make our own rules of procedure.

3.Kadaga and Jacob are likely to come back with the backing of the NRM caucus. Ssemujju Nganda, your other opponent from FDC, says he wants the opposition to rally behind him. What about you, who are your likely voters?

We all have 529 voters to fish from, irrespective of colour, religion, race, tribe, party, or anything. We are the 11th parliament. That’s what matters. This is because the country’s problems do not differentiate which colours we are; take, for instance, load shedding, potholes, unemployment, medical care, education, etc. Nobody won’t feel the thrash of the cane. So let’s not make the parliament speaker matter, partisan. I am speaker for all.

4.You came in parliament on the Democratic Party ticket, which means you are opposition. Why doesn’t Ssemujju Nganda support you or you support him for this bid?

We are only nine DP voters, will the nine votes make him a winner, if you added them on the FDC 33 MPs? Definitely not. This is more about a humble personality or character. We need someone people can trust easily, a new face, and fresh ideas. Not someone radical or an extremist.

5.You said the other candidates have been part of parliament’s good, bad and ugly. What is wrong with Uganda’s parliament in the first place?

In proper execution of mandate, parliament is about representation, many at times orders or directives are coming in from party hierarchies instead of listening to the voters.

Then the oversight function leaves a lot to be desired. People are swindling money and getting away with it, and it is like parliament is an accomplice. Who should the grassroots blame for the poor oversight, government or parliament? Budgeting and appropriation don’t really take into consideration the priorities of society. It is more of where people can easily maneuver with accountability. Look at sector by sector; the agricultural sector is the biggest employer but has almost the least budget. MPs have the power of the purse.

6.Since you declared your intention to run, how has been the race so far?

It has been fair. We are using different strategies to reach MPs and they are positive. They definitely need change.

7.We hear there is a lot of money poured into this race. You and your DP don’t have all this money. What kind of strategies are you using to outmaneuver the money-minting machines?

How much money can you buy somebody’s soul? Money is never enough. This time round MPs are going to eat people’s money for nothing. The voting will be different. About the strategies, I cannot disclose my main tactics. Just know that I am winning this one, big time.

8.Just to remind you, Honorable, the 8th Parliament passed the third term after pocketing sh5 million. Then the 10th parliament sold the country’s soul by removing the age limit cap in the Constitution. How certain are you that the money factor is just passing cloud in this race?

That is why their constituents didn’t vote them back. For example, only 35% of the 10th parliament returned. They were a bunch of reckless thieves ruining our country. I expect this parliament to execute its mandate with truth and justice.

9.What radical ideas does your speakership bring to Parliament?

One, we need 360 appraisals for all MPs such that we can draw baselines on where to start reengineering this country. Everyone has been torn apart by the way things are being done. It cannot be this bad. We need to grow confidence in our people, for them to feel we are there for them.

In the presence of possible odds, people that love their country, can change it. Fellow parliamentarians, do you feel we can change our country for the better?

Your silence is worrying us! Budiope voters want MP Magogo to reveal whom he supports for Parliament Speakership

Your silence is worrying us! Budiope voters want MP Magogo to reveal whom he supports for Parliament Speakership