Was government sleeping with him in bed? Tired Ugandans roast Bobi Wine for putting Museveni’s regime on spot over death of Archbishop Kizito Lwanga

However, Bobi Wine's call did not go well with some netizens who wondered why the politician thinks that when a critical prominent person dies, government must have a hand in it. Others advised him to stop politicising everything.

by Mubiru Ivan
in National, News
68 0 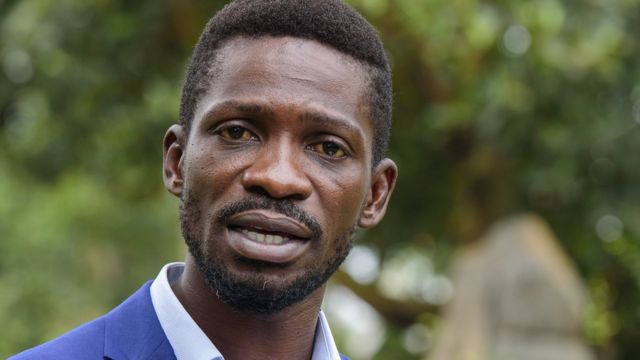 The Archbishop of Kampala Archdiocese was found dead in his room on Saturday.

While delivering his speech during the Easter celebrations at Lubaga Cathedral on Sunday, Bobi Wine demanded a report from government about the death of Dr Kizito Lwanga.

He claimed that the cleric’s death remains unclear and raises questions.

“I want to join other voices in calling for answers on what caused the death of Archbishop Lwanga and other Religious leaders. I know that we were raised as Catholics and as Baganda, who are not supposed to comment on such grand matters; but I am glad that in the modern Catholic Church we believe in addressing such matters publicly,” the former presidential candidate noted.

“It’s not even 3 months since the passing of Bishop Kaggwa of Masaka, and now Archbishop Lwanga is gone. And it is not just here. This started with our Muslim brothers; as you know people like Sheikh Anas Kaliisa passed away under unclear circumstances, and later Sheikh Nuhu Muzaata.”

However, Bobi Wine’s call did not go well with some netizens who wondered why the politician thinks that when a critical prominent person dies, government must have a hand in it. Others advised him to stop politicising everything.

Orikiriza Shallote– Was the government sleeping with him in his bed. Who told you that important people were not meant to die in museveni’s regime. Principal you mean no more natural death in uganda. The way he talks its like he has an idea about the man’s death. Let him explain to ugandans and international community as well the cause of the archbishop’s death. The government May delay.

Given Joel Ahabwe Joel– If this guy would analyse himself before speaking, sometimes he would slap himself. Like seriously, how the hell does he think the govt will answer him. Guy is just seeking for relevance.

KARAMAGI Fredrick– That must have been weed talking. The people who insulted the Archbishop to tears are now using his death for political capital. SHAME.

Mugisha Sam– Is it madness or confusion? Instead of demanding for a postmortem report from the hospital or medical team, someone is dreaming of government statement. Dreaming while moving

George Tumuhimbise-Why doesn’t he heap pressure on the Catholic Church to reveal the postmortem report? Kyagulanyi behaves as someone who is completely ignorant of how institutions work.The late archbishop was a minister in the Catholic Church not in government of Uganda.I wonder whether government provided personal security to the archbishop or whether he benefited from health insurance by the state as Kyagulanyi does.The archbishop died at his official residence which implies the the Catholic church was and remains responsible for him.So, Kyagulanyi’s attempt to drag government into such a death is uncalled for and exposes him as an ignorant politician desirous to cause a storm in teacup.

Emmanuel R Ketrems-Government is not doctor…and was he immortal….they teach us in religion that death is a result of sin…so all sinners die according to teaching…and they go on to teach that God picks the saints and takes them…. but there is what confuses me that satan can also pick his people..so putting government kunninga nze sirabawo mpozi nga government erina control over all the above…

Kenth Mugoya-So mwami kyagulanyi you are part of government tell us what killed him. Only God explains death who to take when. Stop politicizing everything.

David Daudi Zziwa– This very guy kept quite when the whole social media was bringing up the information that archbishop was in a plot of poisoning him…I think that statement hurt Archbishop and reached an extent of saying that he has forgiven them and bobi kept quite about it…he tirelessly blamed the clergy of sidelining with the oppressor and now he is trying to act relevant by talking so much about his death cos he talked of the political prisoners on Friday. He decided to keep quite when they accused His Grace of being in a plot of poisoning him…he should first apologize to dead instead of looking of using this grieving time to gain popularity

Yakoz Ben Katagirya– who is kyagulanyi, is the government responsible for the the death of people or did it create any human being to know what kills them?

Kautha Landus– Am a Catholic and that’s a stupid statement said before the Holly Alter. We believe He was called by God and He is with the Angels

Nyangoma Moreen– He couldn’t surface anywhere in news and now he has an opportunity. What happened to natural deaths??

Mukwasi Abbey Suleiman– The real challenge we need to deal with is politics of populism. Now this one wants to create an impression that the clergy was actually killed ! We lost a 75yr old man in my village this morning kindly ask government to tell us wat killed him as well!