In an email to staff from NMG Uganda’s managing director, last week, Tony Glencross, said the Group intends to “radically change our business model for all our media platforms from traditional advertising to content-driven revenue”.

by Lawrence Kazooba
in National, News
75 5 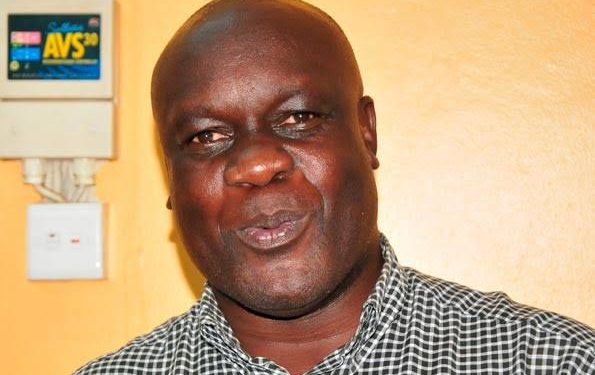 The Holy Week has been truly agonizing particularly for staff at Nation Media Group Uganda.

The mother company to Monitor, NTV, KFM among others, has sent home several of its top editors, reporters and other staff, in a restructuring exercise meant to clean its ranks of dead wood.

The axe has not spared the Group Human Resource manager, Moses Ssesanga who has reportedly ‘fired’ himself, as the company searches for a new direction in the murky waters of digital business environment.

On the exit list is Monitor’s long time circulation manager Justus Katungi. Mr Katungi has possibly been one of the longest serving employees in the department, if not the newspaper. The daily however has suffered reductions in its circulation numbers and the lack of innovation in the department to stop the decline, could have triggered Katungi exit.

In an email to staff from NMG Uganda’s managing director, last week, Tony Glencross, said the Group intends to “radically change our business model for all our media platforms from traditional advertising to content-driven revenue”.

NMG is not the only company in searching for this path. Several media companies across the world are looking for a magic wand to succeed in vain.

Whereas Mr Glencross’ solution to the media business challenges especially in Uganda could be debatable, given that focus on ‘content-driven revenue’ is a big ethical and academic discussion in media forums across the globe, however, the realization that his company needs a new direction is commendable.

Mr Glencross, the proprietor of the defunct Eye magazine, said ahead of the staff retrenchment that the company’s plans to “accelerate our digital transformation” and possibly the staff he was showing the exit door, did not have a role to play in that plan.

The South African however explained that he wants “re-engineering” of NMG where staff “with relevant skill sets critical for success in the new business environment” are hired.

With today’s media around the world facing with two battles, it cannot lose to survive, namely fast digital transformations in the media industry as well as serious Covid19 pandemic effects across the business world, it is only reasonable for firms to keep its most agile in its ranks.

Whereas several companies saw to a staff reduction during Covid19 hard times, the Ugandan side of the Nation Media Group tried to put up a bold face and retained all its staff. Its competitor, New Vision, however, attempted to send home some excess staff.

Media houses such as Record TV have closed after more than 14 years in the industry. Uganda Radio Network reportedly shed off some of its operations.

NMG Uganda exits could be the start of more staff layoffs in the media industry.

The complete list of more than 40 people leaving Nation Media Group Uganda will be uploaded soon. However, some of the names worth noting are;

Two years down the road, government yet to punish BoU officials over irregular closure of seven commercial banks