MTN Uganda to Connect Brick Making Graduate to His Dream 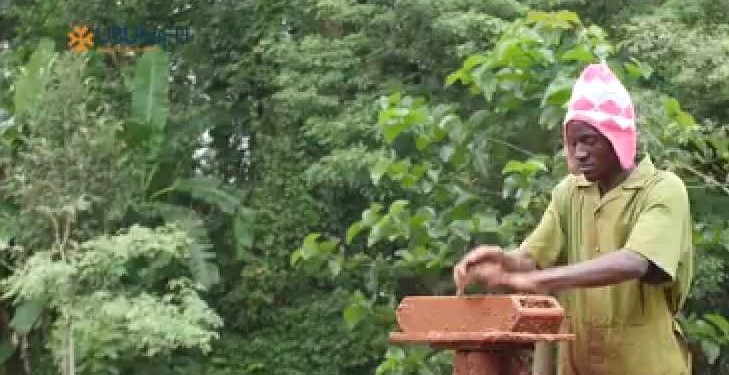 When MTN Uganda launched the MTN for Good campaign in February 2020, the telecom giant intended to awaken the youth to the fact that their dreams are just some actions away if they dared to pursue them. What came out of the entries was the fact that there are young people out there are already stepping out of the comfort zones and daring to dream big.

A case in point is one Joseph Semayengo. Rather than stay unemployed, Joseph Semayengo, a graduate of Information Technology decided to get his hands dirty earning a decent living.

While many youths shun blue collar jobs in favor of white collar jobs, Semayengo has decided to take up brick making despite his degree in Information technology, something that endeared him to the voters who found his modesty likeable and realistic.

It was no surprise that he garnered the second highest votes, after Douglas Smith of Sportrise, beating hundreds of other applicants who had also submitted their videos to stand a chance of winning mentorship from MTN in its For Good campaign that was launched across all its markets with the sole vision of connecting youths to their dreams

“I hate comfort zones. That is why I decided to take up this form of employment without minding what my peers would say,” says Semayengo.

At his young age, Semayengo already employs five other youths in his start-up company. With the fast-growing real estate and housing sector in Uganda, Semayengo is already getting good business.

Like all start-up entrepreneurs, Semayengo has big dreams for his company.

“Ten years from now, I see my company producing a whole range of clay construction materials such as bricks, max pans and roofing tiles among others,” Semayengo said.

Despite the brief set back by the Corona virus pandemic, Semayengo is positive that he will offset all these once things go back to normal. However, like everyone else, he is fighting to keep his business afloat.

“Our biggest challenge was the lack of a company car. So most of us could not move during the lock down despite being in the essential services sector,” Semayengo said.

But apart from bricklaying, the young entrepreneur also ventured into farming where he grows, cabbages, maize and other crops. He also engages in poultry farming raising local chicken which he sells off in the local markets.

Choosing to take one day at a time and looking for all possible sources to support his business, Semayengo took part in the For Good competition in which he graciously came second.

As a winner of the For Good campaign, Semayengo will receive support from MTN including MTN Mobile money to seed into his business, 60GB data per month for six months among others. Semayengo is already undergoing an intensive MTN sponsored mentorship program that will help him manage his business better.  Ends.