by Mubiru Ivan
in National, News
54 2 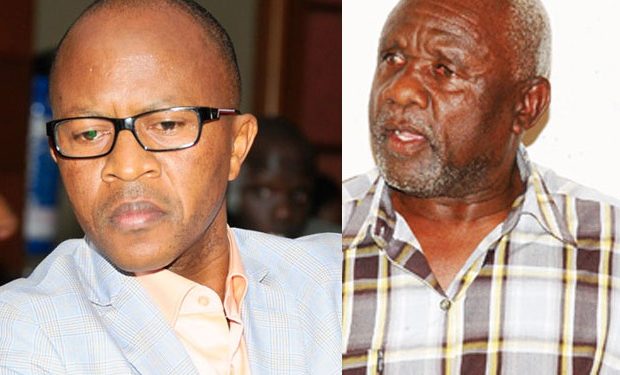 Former Minister without portfolio Hajj Abdul Nadduli has attacked social entrepreneur Frank Gashumba for advocating for the rights of Banyarwanda in Uganda.

During an interview with TMO online media outlet, Nadduli said Gashumba and colleagues should stop claiming that they are Ugandans. He said in Uganda,there’s nothing like ‘runyarwanda’ among the native languages in country.

“If you know that your a munyarwanda and you dont want to be talked about, go back to your country. If you want to go to court go. They are not Ugandans,”Nadduli claimed.

“He says they are being segregated , they don’t have passports or national IDs, how does he move outside countries? I’m sure he has a passport. Should I get a pen and I write him names of Banyarwanda with National IDs? They want to make Uganda a Tutsi dynasty,” he added.

” I request you journalists to deliver this message to Hajj Nadduli to warn his son to stop attacking us. He is ever on our necks as Banyarwanda. Actually our lawyers are planning to drag him to Court,” Gashumba told the media last week.

Lawyer Nicholas Opiyo meets man who used to clean his room at Kitalya Prison, promises to buy him a bodaboda