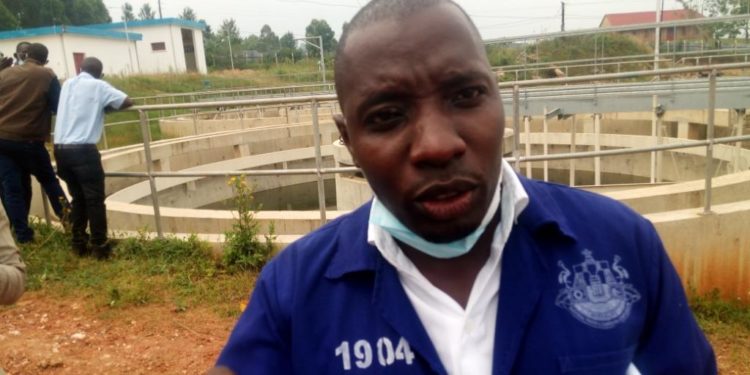 The National Water and Sewerage Corporation (NWSC) in Rukungiri is decrying the increasing water theft, a thing that has left many residents without water.

This was revealed by Sam Kiggundu the area Manager NWSC following the increasing water shortage in the district.

“Water theft must be stopped because it’s affecting our work in terms of service delivery since it denies others from our services, ”Kiggundu said.

Kiggundu added that the next step will be naming and ashaming those involved in water theft in addition to handing them over to police so that they are dealt with in accordance with the law of the land.

“We have informers and we are working with Uganda police and even as the body we’ve designed to tip everyone that helps us identify the culprits with UGX 50,000.”

The area manager also decried the unstable power supply that makes it hard for them to pump water on time as required by the community.

“We use electricity to pump the water. If it’s off, we are unable to. It our request to UMEME that they should at least ensure a stable power supply if we’re to effectively serve the community with clean and safe water, ” Kiggundu added.

Henry Kintu, the Rukungiri district police commander said he had not yet received information on the theft of water asking NWSC to report about the case.

Apparently, only 600,000 litters of water are pumped daily out of the required 3 million liters of water a thing that leaves many families in Rukungiri with no water that is safe and good for human consumption.