Lands State Minister, Hon Persis Namuganza said she supports the inclusion of a clause for the extension of Parliament to seven years, which originally did not form part of the Bill but was brought in as a passing recommendation by the MP Jacob Marskons Oboth led Committee on Legal and Parliamentary Affairs. 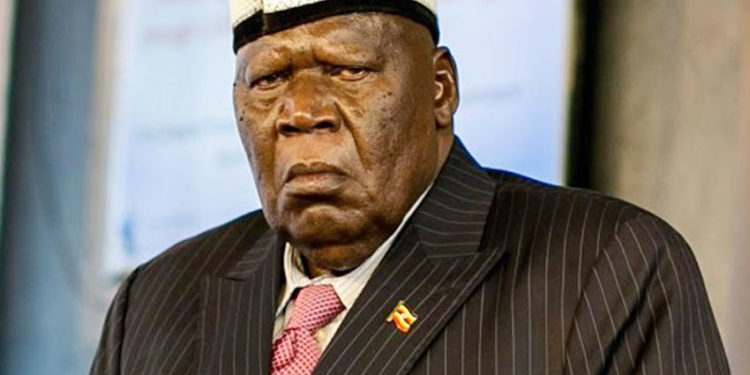 Speaker Rebecca Kadaga has said notice will be given on the date for conducting a vote on the Constitution (Amendment) Bill, 2019 after the closure of debate.

The Bill, moved by MP Wilfred Niwagaba (Indep., Ndorwa East) makes a case for radical changes in government, with proposals for the abolishing of the Office of the Prime Minister and having those roles domiciled under the Office of the Deputy President, also vouched for in the Bill.

Like Kenya, the United States of America and other countries, the Bill seeks to have a Deputy President voted on the same ticket with the President, but with defined responsibilities and security of tenure.

UPDF MPs, if the proposal sees the light of day, will also vacate Parliament.

In making a final case for his Bill, Niwagaba implored MPs to refrain from introducing extraneous matters originally not forming part of the Bill.

“The issue of the seven years was not in the Bill; let’s consider strictly what is in the Bill,” he said.
The Bill seeks to also remove the office of Resident District Commissioners (RDCs), transferring their roles to the Chief Administrative Officers (CAOs).

A new twist in the debates has been the participation of Ministers in the debate, with First Deputy Prime Minister, Gen Moses Ali saying he supports the Bill, except, he said, a clause should have been added to allow MPs to vote via secret ballots because “that way nobody will be haunted.”

Lands State Minister, Hon Persis Namuganza said she supports the inclusion of a clause for the extension of Parliament to seven years, which originally did not form part of the Bill but was brought in as a passing recommendation by the MP Jacob Marskons Oboth led Committee on Legal and Parliamentary Affairs.

When Finance State Minister, Hon David Bahati spoke, he supported the Bill, but opposed sections including a proposal for the ejection of the army from Parliament and the return of the Presidential term limits.

His attempts to oppose the introduction of the panel of Speakers on ground it could introduce a charge on the consolidated fund-which is unconstitutional-was rejected on grounds that the panel would consist of merely ordinary MPs and would have no charge on the exchequer.

To pass the Bill, the Rules require the ascertainment of two thirds majority in the House, which will be over 304 MPs in the 10th Parliament, majority of whom belong to the National Resistance Movement, who had the highest turnover in the recently concluded elections.

The vote can be called within the remaining term of this Parliament, but can as well be considered by the 11th Parliament as a saved business.

‘Believe in the power of technology’-Huawei Vice president Catherine Chen