Museveni said he brought in well trained commandos from the battlefield in Somalia to effectively arrest the situation. 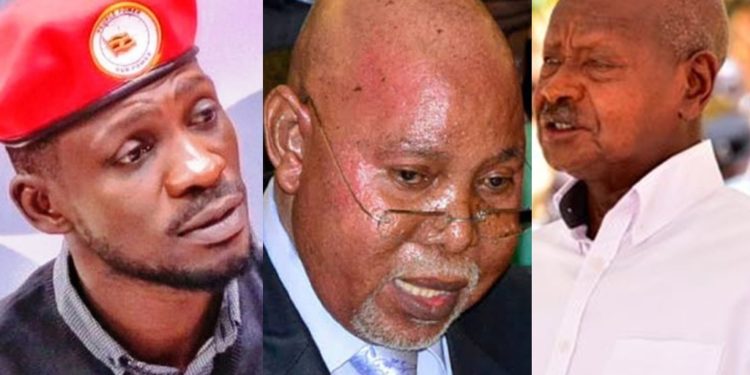 The country has been plunged in a security panic right from the time heading into the 2021 electioneering period, and only worsening a month after the Jan 14 polls.

Accusations of security high-handedness mainly from the opposition side panctuated the entire process with vices such as flogging opposition supporters and candidates, witch-hunt, arbitrary arrests and detentions, teargasing and firing live bullets at opposition rallies among other notable complaints.

The November 18/19 nationwide riots up to now stand out as the climaxing point of the long standing impasse whose fragments continue spilling over into the present.

Angry rioters stormed the streets to demand an immediate and unconditional release of the then National Unity Platform presidential candidate Robert Kyagulanyi Ssentamu who had violently been arrested on a campaign trail in the Eastern district of Luuka.

Over 50 were reported dead according to official reports, while thousands are said to have been arrested as a result.

Allegations of mass kidnaps of the people aligned to the opposition were heard mainly from the NUP camp, with Internal Affairs Minister Gen. Jeje Odongo confirming it as a reality when he told Parliament his ministry had failed to locate the whereabouts of some of those arrested by plainclothed officers in numberless drone vehicles.

Desperate for answers, the silence from the Head of State Gen Yoweri Kaguta Museveni kept bothering the already hopeless public. It kept growing increasingly necessary that he comes out to pronounce himself on the tragic occurrences.

On Saturday February 14, Museveni made a long waited security address where the ongoing insecurity in the country was highest on the agenda. In his opinion, these were just petty issues that needed to be ignored. He said he brought in well trained commandos from the battlefield in Somalia to effectively arrest the situation. These according to him had succeeded in killing a few and arresting scores. Those arrested, the president said are criminals although he didn’t explain in detail why criminals arrested have not been arrained before court for prosecution.

The president didn’t also give reasons for the use of the infamous numberless drones in the arrests and why these had not been allowed to speak with relatives as demands the law.

UPDF spokesperson Bring. Gen. Flavia Byekwaso had earlier defended the use of numberless drones in the operations as a model whose sole intention was to protect Ugandans. She exemplified the situation with similar tactics that were used by American Commandos while arresting late terror Chief Osama Bin Laden.

Byekwaso’s remarks were comparable with those of Uganda Police’e intelligence Chief Brigadier Ddamulira who said those arrested in the aftermath of the November clashes were more less terrorists who deserved no better treatment.

The deployment of combatants trained to handle the lethal Alshabab militants to handle the situation as echoed by the president in his recent briefing, the reference by UPDF that this was a situation akin to that of Osama Bin Laden and the insistence by Gen. Ddamulira that those in their custody were terrorists confirms that the state is certain that it’s involved in a war with a terror group.

As such, the suggestion that this is a situation far from over is a sure one.