by Catherine Apolot
in News, Politics
6 1 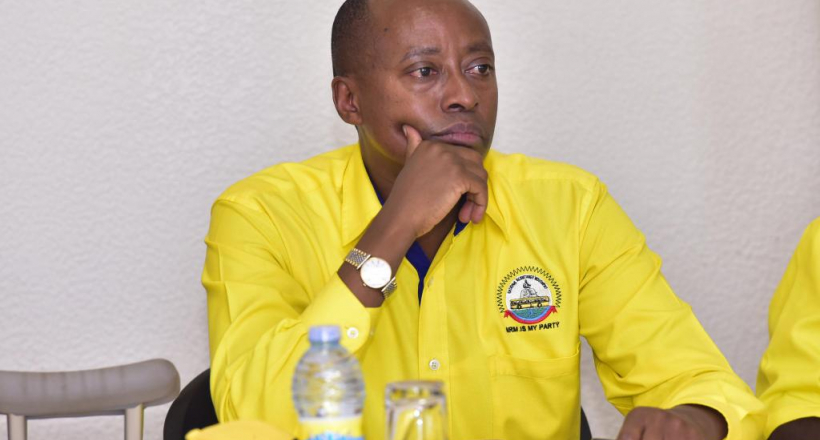 Member of Parliament elect for Mbarara North Division, who is also the NRM party national Chairman for Entrepreneurs,Dr Robert Mwesigwa Rukaari, has said that Uganda’s democratic process has undergone and overcome the toughest test in history. Dr Rukaari described the recently concluded General Election as tough test to the principle of democracy which is one of the pillars that the NRM party is founded.

Mr Rukaari made reference to the outcome of the election in which incumbent President Museveni emerged victor and said the victory was a clear indication that Ugandans appreciate the efforts of the NRM and in particular its chairman President Museveni in entrenching democracy and the will of the people of Uganda.

“It has been clear right from the start that certain individuals wanted to disrupt the election process. However Ugandans have spoken loud and decided that it is safer to trust the NRM than gamble with individuals whose agenda is suspicious,” Rukaari said, adding that Ugandans choosing NRM candidates across the country was an indication that they trust the the democratic process championed by the party.

President Museveni has on several occasions come out to tell the country during addresses that the government was aware of attempts by politicians, supported by foreign forces to ensure that the just concluded elections failed to happen. The President, speaking in no uncertain terms warned to deal decisively with anybody that tried to disrupt the prevailing peace in Uganda.

Across the country, it has been reported that the elections were conducted in a peaceful manner. Several election observers including the East African commission election Observer Mission lauded government and the Electoral Commission for the manner in which the polls were organised.