by Mubiru Ivan
in National, News
36 1 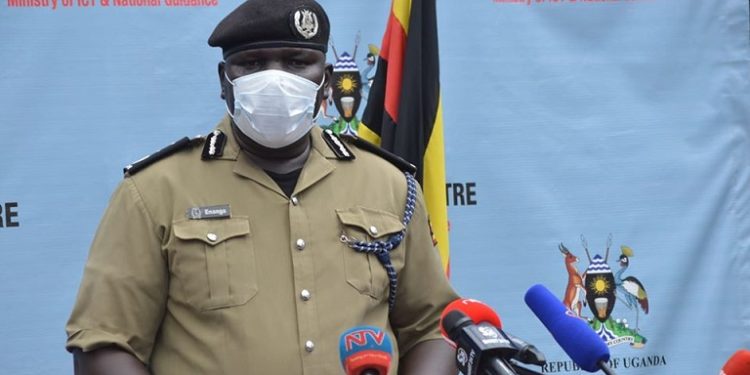 Police says that on Tuesday, they made arrangements to enable Bobi Wine to meet his lawyers and Mr Mpuuga at his home in Magere but the NUP president declined to do so.

“Today, at around 10am, arrangements were made for Hon. Kyagulanyi Ssentamu Robert to meet with his Lawyers, Katana and Wamenyi at his home in Magere . Also scheduled to meet with him was the NUP Vice President for Central Region, Hon Mathias Mpuuga,” Police said in a statement on Tuesday.

” Surprisingly, Hon Kyagulanyi refused to meet with them and offered to do so at a later stage. We maintain that access to lawyers is an invaluable right that we respect and continue to observe,” they added.

Earlier today, Bobi Wine revealed that he was stuck with an 18 month old baby at his home.

Bobi Wine noted that its now day six since he was placed under house arrest with his wife Barbie Itungo Kyagulanyi and the baby.

“Day six under house arrest and we’re still stuck with an 18month old baby. Her dad had brought her to visit her auntie (Barbie) just before we were raided and besieged, he was blocked from picking her up. We have completely run out of food and milk yet no one is allowed to leave or come into our home, “Bobi Wine said.

Following the January, 14 election, security put Bobi Wine’s home under siege and up to date, he is still kept indoors. He was the closest challenger of President Yoweri Museveni in the just concluded general elections.

PROFILE: Who is Stanley Ntagali, a retired Archbishop suspended from Church duties for sleeping with married woman

You haven’t achieved anything yet! Imam Kasozi tells off excited opposition MPs who won in recent elections

You haven't achieved anything yet! Imam Kasozi tells off excited opposition MPs who won in recent elections