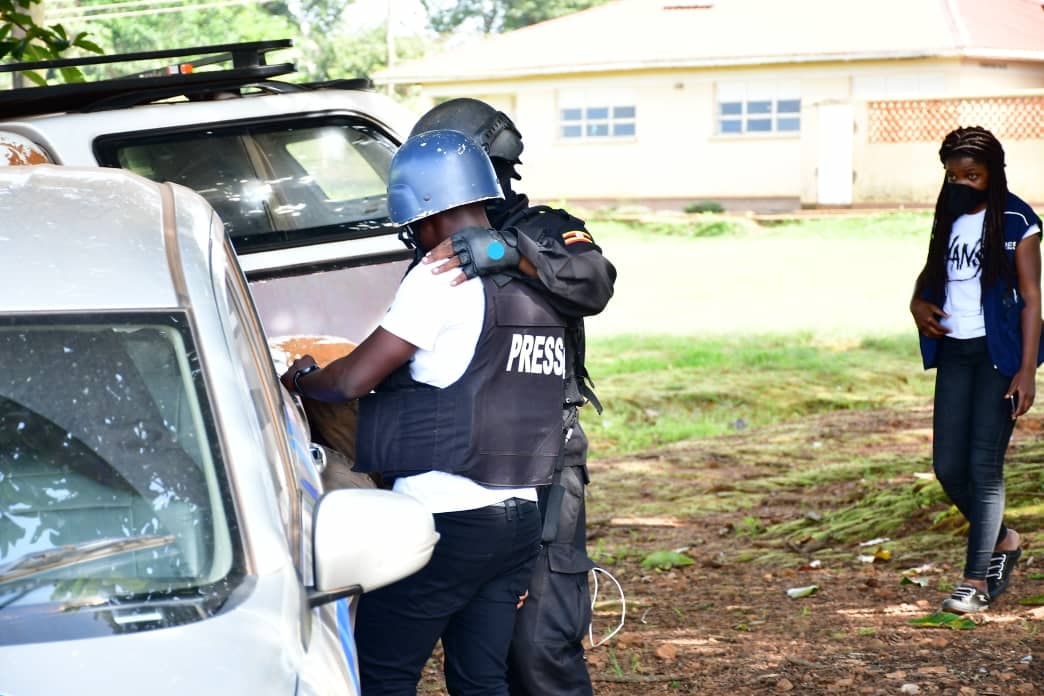 A media rights organization, Media 4 Community Empowerment have condemned the endless violence meted on journalists by security forces during campaigns ahead of next month’s general polls.

The organization claims that the situation reflects a state of lawlessness and Uganda’s Democracy at test.

“All Journalists should be allowed to cover different political parties equally, and the security forces should desist from harassing and beating journalists because they are just messengers,” said Benard Kahwa, the organization’s Executive Director in a statement.

Kahwa said that it is the duty of the state to create an environment that allows and protects an independent media to thrive.

He said that everyone should be reminded that access to information especially during political campaigns is very critical.

The latest incident was in Kalangala, yesterday where Journalists were also targeted and arrested along with Robert Kyagulanyi.

“We also challenge the police to investigate the perpetrators of the violence on the Journalists and the world would want to see justice prevailing in these cases if the relationship between the forces and the Media is to be restored,”Kahwa added.