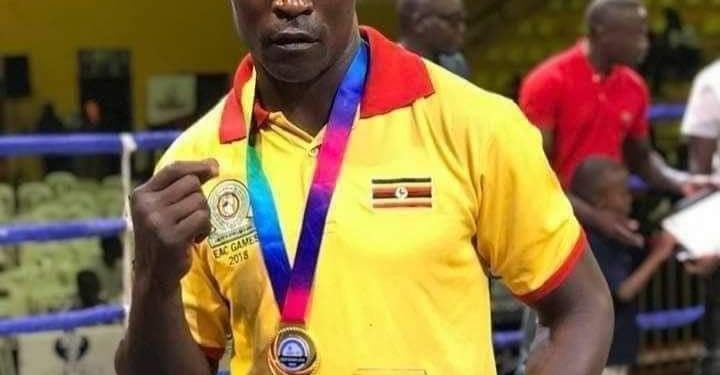 Ssenyange popularly known as Mando was murdered in the wee hours of Wednesday morning by yet to be identified gunmen who attacked his family based in Bwaise.

According to his relative, Zebra Jr, the 39 year old was first chased from his house before being shot dead in the corridor of his neighborhood.

“I hereby announce the assassination/death of Zebra Mando Ssenyange today at around 12:30am by military operatives near his home. He was chased from his house in Bwaise and shot dead in a corridor in his neighborhood, ” Zebra Jr posted on Zebra Ssenyange’s Facebook page.

Ssenyange is a former national team (The Bombers) captain who featured prominently in the super heavy fights before he graduated from the amateurs setting to become a full professional.

He is best remembered for having captained the Bombers to the 10th All Africa Games hosted in Maputo city, Mozambique in 2011.

By and large, his 15 year amateur career was highlighted by 195 wins and 19 losses before turning professional when he debuted against Kenya’s Patrick Amote in 2012.

At the time of his demise, Ssenyange had been employed by the Uganda Boxing Federation (UBF) as the in-charge of general duties as he also coordinated his own Zebra Boxing Club.

He is survived by a widow, Mercy Ssenyange and one child, Isaac Ssenyange Junior.