Archbishop Lwanga: Some Ugandans are accusing me, other religious leaders of wanting to kill Bobi Wine by poisoning

by Mubiru Ivan
in National, News
18 0 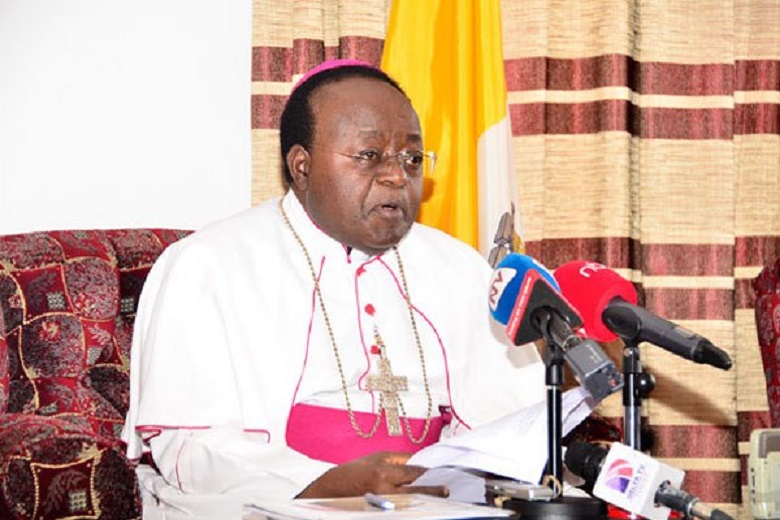 The Archbishop of Kampala Cyprian Kizito Lwanga has said a sections of Ugandans are misusing social media to speak ill against him following his recent demand to have general elections postponed.

On Wednesday, the Uganda Joint Christian Council (UJCC) led by, Dr Kizito Lwanga said the elections should be pushed to 2024 and that the Constitution should be amended to allow President Yoweri Museveni to continue ruling during the period of postponement.

“A few days ago, our top leadership of UJCC to which I am the current Chairman, discussed this current entire sad situation at length and we came up with a resolution that we should postpone the presidential elections for at least three years so as to allow both the Covid-19 pandemic and the electoral climate to cool down and also create a favourable political and social environment which will enhance peaceful free and fair elections. This is a debatable proposition that we call upon the Parliament to discuss objectively,” Dr Lwanga told the media.

However, Archbishop Lwanga’s statements have since caused mixed reactions among Ugandans with many accusing the cleric of being in bed with the ruling government.

While delivering his Christmas Homily at Rubaga Cathedral on Friday, Dr Lwanga ever since he made the statement, some Ugandans have resorted to abusing him as well as spreading fake news about him to the extent of accusing him of wanting to kill presidential candidate Robert Kyagulanyi alias Bobi Wine.

“There is too much misuse of social media, too much fake news. People were on social media spreading lies, abusing me, and saying all sorts of things that I have been bought (by Museveni). If you ask such people to provide proof, they can never get it. I ask you to use social media to say the truth, avoid spreading fake news,” Lwanga said.

He further revealed that some people have accused him and other religious leaders of being used by the state to frustrate Bobi Wine’s presidential bid.

“Certain people on social media are accusing me and other religious leaders of harboring ill intentions against Bobi Wine. One of them even called me and said that religious leaders want to kill Bobi Wine by poisoning the hostia (Eucharist bread). These people have apparently asked Bobi Wine to stop taking holy communion in church or not pray in certain churches for such a reason. Can you imagine.”

Elections postponement: Pastor Sserwadda tells Archbishop Lwanga to carry his own cross after annoying Ugandans with his impossible demand