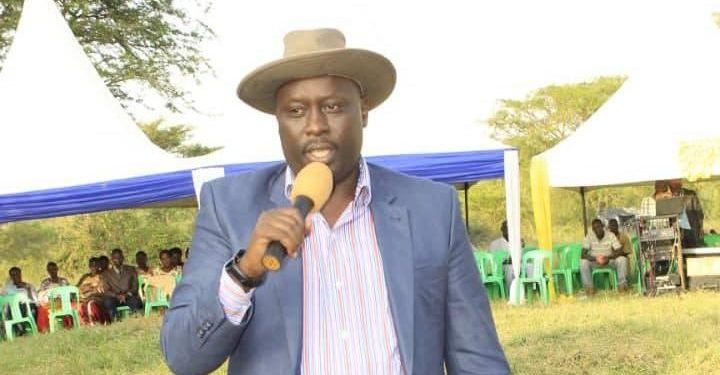 Mawogola : Godfrey Aine Kaguta has sued the NRM Party in the Civil Division of High Court in Kampala.

Aine famously known as Sodo seeks to move the court to cancel the decision of the NRM Tribunal which led to him being denied the NRM flag for Mawogola North Constituency.

The NRM Tribunal ruled in favor of a petition filed against Mr. Godfrey Aine in which it established that the elections, following which he was declared the winner, were marred by various irregularities. Such irregularities included voter intimidation, violence and the ferrying of illegal voters.

The NRM Tribunal recommended the matter to the Central Executive Committee (CEC) of the NRM for directions. CEC subsequently withdrew the NRM flag from Mr. Aine Godfrey. Currently, Mawogola North Constituency does not have an NRM flag bearer and Mr. Aine Godfrey has been nominated by the National Electoral Commission as an independent candidate.

In a related matter, Shartsi K. Musherure, also a contestant for the Mawogola North Member of Parliament seat, has applied to the Civil Division of the High Court in Kampala seeking to be enjoined to the suit that Mr. AIne Godfrey has filed.

Shartsi made the application on 1st December 2020, seeking to be added to the case on NRM’s side.

However, Mr. Aine’s lawyers informed the Court that they oppose Shartsi’s application and were not ready to proceed with the hearing. The judge asked the lawyers of all the parties to share with Court their submissions in writing in order for him to give his judgment on the matter on 7th December 2020.

Shartsi Musherure seeks to be heard on this matter and not to be excluded from the Court proceedings because the outcome of the Court’s decision could affect her candidature.”

ORTEGA IAN: Museveni’s strategy of extreme violence is breaking Bobi Wine emotionally and by January he will almost have surrendered

Norbert Elber Ariho: The man in between the 'bomb' controversy that almost finished Bobi Wine's life in Kayunga