Ntungamo: Religious cult leaders to be arrested for misleading people living with HIV/AIDS 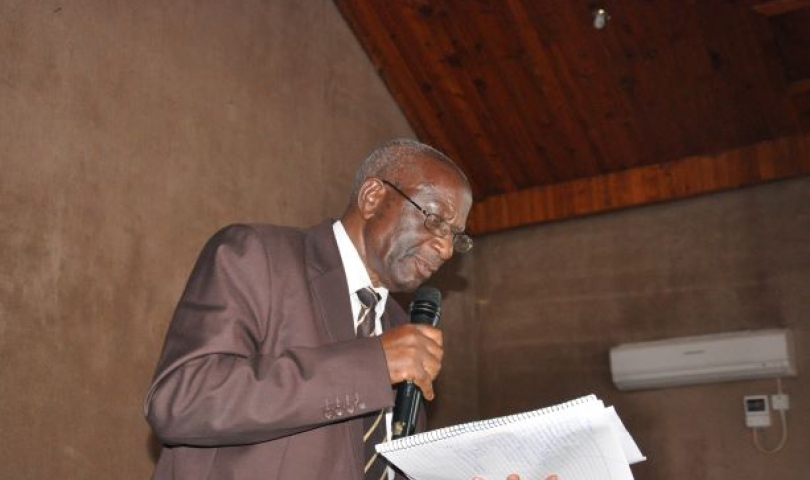 The National forum for People Living with HIV/AIDS Networks in Uganda (NAFOPHANU) has expressed concern over the religious cults that are diverting their followers living with HIV/AIDS from accessing treatment in pretext that the faith is healing the the disease.

According to Joselyne Mbawadde an official from NAFOPHANU, the tendency has frustrated the government and advocate groups efforts to reduce the HIV/AIDS infections.

Ms Mbawadde revealed that as NAFOPHANU they are going to take it up to the National level in order to engage the interreligious council and Uganda Aids Commission to ensure this challenge is addressed urgently.

Ms Mbawadde was on Tuesday speaking during the Ntungamo District consortium of advocates on access to AIDS treatment (CAAT) meeting under the theme of improving availability, accessibility and utilization of pediatric HIV services held in the District council Hall.

The curate Sacred Heart Ntungamo Town Catholic parish Rev Fr Richard Beinomugisha condemned the cults for luring some people living with HIV/AIDS into shunning treatment thus calling all stakeholders to come out and denounce such behavior.

The Ntungamo District health educator Twesigye Nesterio acknowledged that religious cults stopped people from taking drugs after they were advised by pastors especially in sub counties of Rubaare, Nyakyeera and Kibatsi where Engiri cult is based but they are working with security agencies to apprehend them.

The chairperson LCV Ntungamo District Dennis Singahache admitted that there has been a lack of political will to sensitize the public on the spread of HIV/AIDS.

Singahache asked all key players in the fight against the scourge, religion, too, to intensify the efforts to curb the increase of such cults in the district.

According to Twesigye Innocent the programs officer Towards an AIDS Free Generation in Uganda (TAFU) through Appropriate Revival Initiative for Strategic Empowerment (ARISE) noted that 96,000 children (0-14 yrs) estimated to be living with HIV in Uganda but these are crippled by the parents’ decision that prayers can heal them.

MWAMBUTSYA NDEBESA: The way government, security are hyping up the issue of rallies and Covid-19, one would think its the most important route through which the virus is spread

MWAMBUTSYA NDEBESA: The way government, security are hyping up the issue of rallies and Covid-19, one would think its the most important route through which the virus is spread