Mbale industrial park earmarked as most lucrative, to create 15,000 jobs

by watchdog
in National, News
9 0 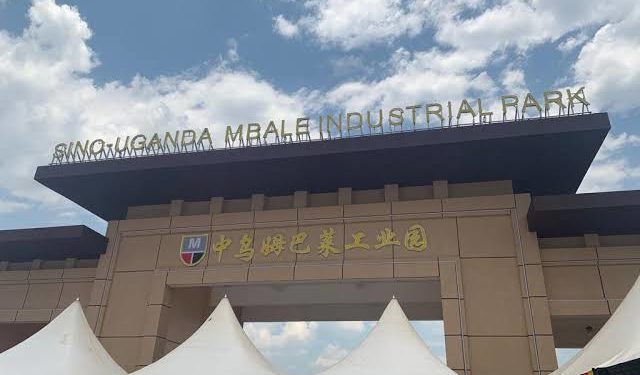 Located in the heart of Mbale, Uganda’s third largest city, is the Sino-Uganda Mbale Industrial park, one of 22 national-level industrial parks that were proposed by President Yoweri Museveni. Mbale’s position between Kampala and the Kenyan border makes it stand out as an important border city. But besides the location, the city’s well developed roads and transport network also play a great advantage to turn the city into a business hub.

Goods in Mbale can easily be distributed to countries of East African, North and South Africa, the Middle East and West Asia. The Ugandan government as such attaches a lot of importance to the development of Mbale. This might explain the rapid development of the city that has attracted universities, banks, hospitals, hotels, shopping malls and other facilities in large numbers to the city.

The city’s developed agriculture sector also makes Mbale a food basket for the country and the region. There is a lot of rice, coffee, cotton, fruits, vegetables and grains, textiles, grown and traded in the city, on top of coffee processing, wood processing and other industries, which have made the development prospects of Mbale extremely high.

The prospect of an industrial park in Mbale was therefore very lucrative and the government quickly partnered with the Chinese development partners to set up Sino-Uganda Mbale Industrial Park, the first national industrial park.

Sino-Uganda Mbale Industrial Park has been listed by the Chinese government to have many advantages such as advantageous geographical position, preferential policy, broad development and high return of investment, which makes it the national industrial park with the highest potential in Uganda at present.

The park covers an area of 2.51 square kilometers, 220 kilometers away from Kampala, the capital of Uganda, 65 kilometers from the Kenyan border, it is adjacent to the standard gauge railway project, the transportation extending in all directions and on a traffic hub from Uganda Inland to Mombasa port in Kenya .
The terrain in the park is flat and surrounding labor force is sufficient, electric high-voltage line is in place and the water resources are abundant, with good telecommunications network.
By mid-2019, three investors had been licensed by the Uganda Investment Authority (UIA) to start manufacturing different products in the Mbale Business and Industrial park.

The park has a capacity of 60 factories and efforts are being made to attract more investors who it is expected will employ more than 15,000 locals from Mbale.

Twenty acres out of the 619 acre park has been designated for a small and medium enterprise incubation base with a total investment cost of $80m.
Besides industries, government agencies have also set up shop in the park to ease the process of starting a business. Offices already established include the Uganda Registration Services Bureau (URSB), the Directorate of Citizenship and Immigration Control, Uganda Revenue Authority and Kampala City Council Authority (KCCA). Others include National Environmental Management Authority (NEMA), Diamond Trust Bank, the Giants Club, Uganda National Bureau of Standards (UNBS), Ministry of Lands, Housing and Urban Development, UMEME, National Water and Sewerage Corporation (NWSC) and the Free Zones Authority.