Your kids will remain orphans! Singer Catherine Kusasira warned after threatening to reveal secrets within NRM

by Allen Kisakye
in National, News
150 2 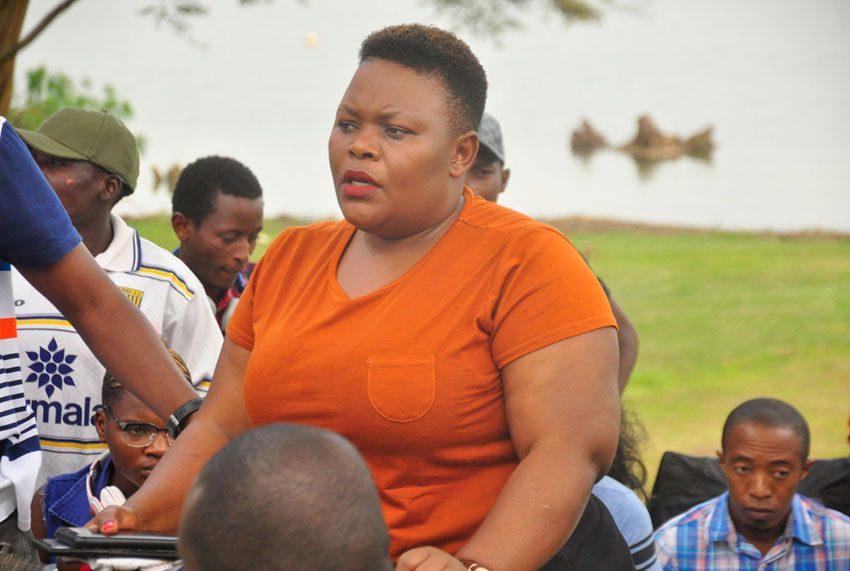 Singer Catherine Kusasira has been advised to stay at home and even lock herself inside the bedroom following her ongoing clash with some ‘mafias’ within the National Resistance Movement (NRM).

Currently, the singer is trapped in a serious mess after she was linked to a shs4 billion fraud together with Pastor Mugisha Mondo.

The presidential advisor, Mondo and Pastor Siraje Ssemanda are accused of fleecing billions of cash from pastors by promising them trips abroad, and income generating projects under Operation Wealth Creation. They also promised them a meeting with President Yoweri Museveni.

Possibly out of anger, through her social media page on Monday, Kusasira claimed she is innocent and threatened to reveal secrets of someone who is behind this scandal.

“Am coming live am very innocent they have arrested my friends but am talking the truth and I know there is someone behind this but this is not over, am going to reveal secrets,” she said.

However, according to Kusasira’s loyal fans, revealing her enemies’ identity and their secrets might cost her life, and she might end up leaving her innocent children as orphans.

Fact Point Ihame. After all this then avoid walking alone, if its not important remain at home and lock yourself inside the bedroom, stay at home stay safe otherwise orphans loading.

Nyonyo Benon Rikyenkye. Mbu revealing secrets, relax your emotions and respect your kids who will suffer your inconsistent manners.

Coffee Brown, it’s time to pay back. Note there is no money for free, Museveni uses people and fixes them in the dust bin so madam your relevance is over, you don’t have much time.

Patrick Okiror. That is the first step, mukyala gundi, just hear at NUP watching your downfall with 7.2k others. Worst of all, you are big and so it’s going to be aloud like a Korean nuclear bomb.

Kato Shenz Joseph Chollete. The struggle continues, we told you it will end in tears.

Joshua Okor. This is the real meaning of being used and dumped.

Dickson Dickens. How did the live video end?

Ssendagire Moses. Still the beginning, next Bebe Cool and Full Figure have been used like they use condoms to fight Bobi Wine and Buganda as well, there is no smoke without fire.

William Kabugo Baker. When the head is dumb, the legs suffer, it is just the beginning.