by Stephen Kalema
in News, Politics
5 1 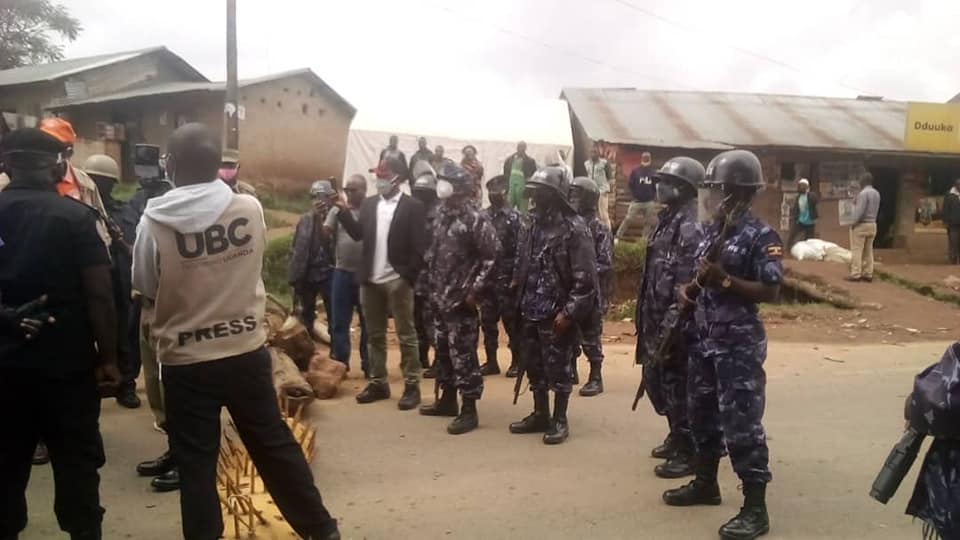 Presidential Candidate Gen Henry Tumukunde Kakurugu has been blocked from accessing to kisoro by Uganda Police.

Police says he was supposed to cover kisoro on Tuesday 10, 2020 so today he will not be allowed to cover it unless he gets permission from electoral commission.

After some heated argument, the former security minister decided to bow to Police pressure to cut short his journey. Gen. He then turned back and he is now heading back to Rubanda district where he’s to stage a rally.

Yesterday, teargas rocked Rukungiri as anti-riot police and army battled a section of boda boda riders who were in a procession to welcome Gen Tumukunde as he arrived to launch his campaign in Kigezi sub-region.

Tumukunde arrived in Rukungiri at around 1:30 pm with a convoy of about 200 boda boda riders who welcomed him at the Rukungiri-Ntungamo border of Kahengye. However, on reaching Hakasitamo in Nyakibare, Southern division, Rukungiri municipality heading to the municipal stadium, they found heavy police and army roadblock.

Superintendent of police Henry Kintu, Rukungiri District Police Commander allowed only vehicles to proceed and blocked boda bodas. This angered boda boda riders who started exchanging bitter words with security officers as they attempted to beat the roadblock. It is in the process that Kintu ordered for the firing of teargas to disperse them.

Kintu argued that he could not allow Tumukunde and his supporters to defy the Electoral Commission ban on processions as a Covid-19 preventive measure.

But Tumukunde argued that there was no reason for teargas because boda boda riders were peaceful. He said that security was only trying to sabotage his strength but could not manage.

He promised to improve education and health by constructing a public university and a hospital in Rukungiri to serve the people of Rukungiri and Kanungu.

OPINION: What if John Katumba accidentally becomes Uganda President in 2021?

OPINION: What if John Katumba accidentally becomes Uganda President in 2021?