by Mubiru Ivan
in News, Politics
7 1 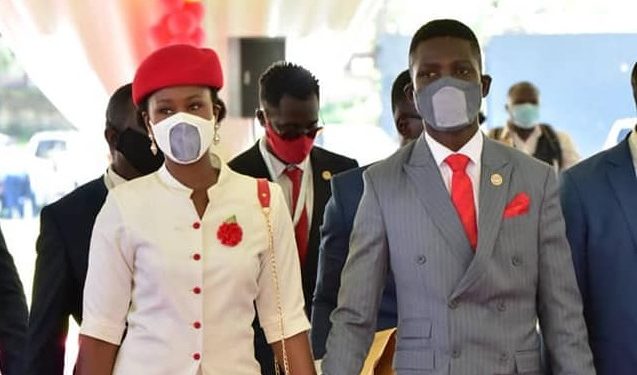 The National Unity Platform (NUP) leader Robert Kyagulanyi alias Bobi Wine has been duly nominated as a presidential candidate for the 2021 general elections.

Bobi Wine was nominated on Tuesday by the Electoral Commission at Kyambogo University cricket grounds.

Addressing the press after nomination, Bobi Wine said as a presidential candidate, he is representing the poor and vulnerable Ugandans who are being stepped on by a few people in power.

“What we have observed today is a new beginning which is going to see the end of dictatorship that has crippled our country. I want to tell Mr Museveni that since  you have failed to control your greed for power, our generation is here to save you from yourself,” Bobi Wine said.

“I come before you as the most committed person to lead this liberation.Fellow Ugandans, I present myself as a servant, not a boss. We are going to run a people-centered government,” he added.