How evicting Batwa from Bwindi Impenetrable Forest transformed their lives

In 1991, conservation efforts to protect mountain gorillas, the Mgahinga Gorilla National Park in Uganda was created in the south of the country and Uganda’s 6,700-strong Batwa community was evicted from the Bwindi Impenetrable Forest where they had lived for centuries.

According to Sunday Ndayakunze a warden from Uganda Wildlife Authority in Bwindi, the Batwa formerly lived in the forests and their chief occupation was hunting and gathering. But they were sent out because they had become dangerous to the gorillas.

“Since Gorilla tracking is the prime activity in Bwindi forest, we saw that if the Batwa are left inside the forest they would become a threat to the animals, which is why they were evicted out the forest,” Ndayakunze said.

By 1992, all the Batwa people were out of their ancestral home (forest).

Although they left the forest, the government didn’t reserve any land for relocation. Instead some civil society bought them some land where they settled miserably. Adopting a new style of living was a great challenge to them since they were aliens in the Bakiga community where even community leaders never recognised them as people. 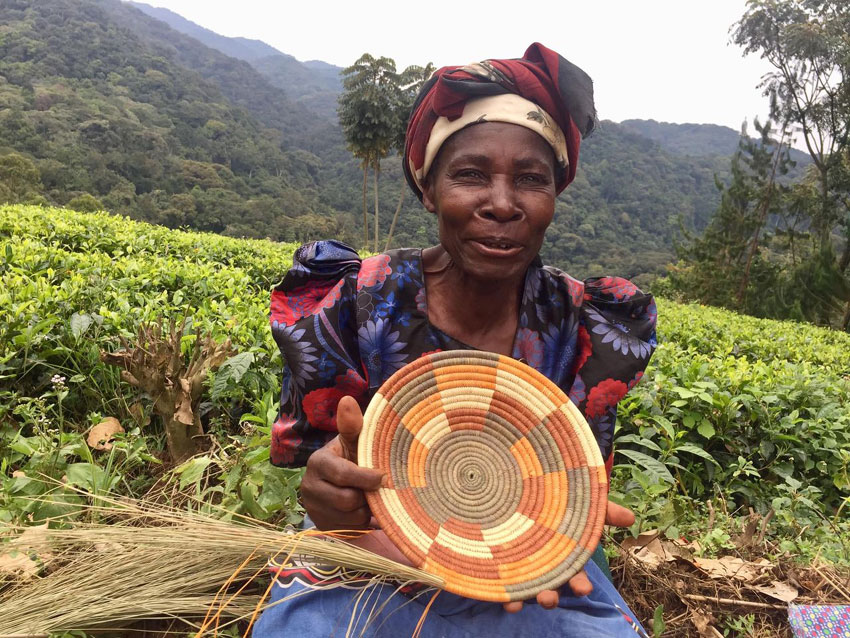 Since they knew nothing about the common lifestyle in the new community they had joined forcefully, they became workers for the Bakiga who later also taught them how to dig and offered them food in exchange for labour.

According to Kakuru David 63, one of the elders in the Batwa community found in Kitahurira village, Mpungu Sub-county said they only knew hunting as their main activity, matters of saving money were never in their mind since hunting was the order of the day.

Kakuru wondered why for over three decades, government has neglected them yet a lot of money is earned from tourism.

“A lot of money is flowing in every day by tourists who come to see our former home (national park). Some even asked rangers to show them the Batwa people but we have never got even a single penny from the government. Why is government treating us like this? The little land we are living on was given to us by a charity organisation, any time we can be chased away,” said Kakuru.

End of regretting era and beginning of new life

As a way of transforming the Batwa people, many civil societies came in, some participated in buying the land, free food, among others. However, this never stopped them from living a miserable life, and regretting why they came out of the forest because they had nothing to do except sitting down and wait for food.

But with the emergency of Change A life Bwindi, the Batwa’s way of life changed for good they transformed from being beggars to workers who can now sustain themselves socially and economically.

Katushabe Christine the project founder told this website; “We came with a different idea of empowering the Batwa people so that they can be able to support themselves and their kids whereby they are given chance to make decisions on what they want from their own money that comes from the products they make.”

Katushabe, says their major aim was to make Batwa people economically independent, which required a lot of training.The Batwa women were trained to weave standard classic baskets and other artworks while Batwa men have been trained in beekeeping. 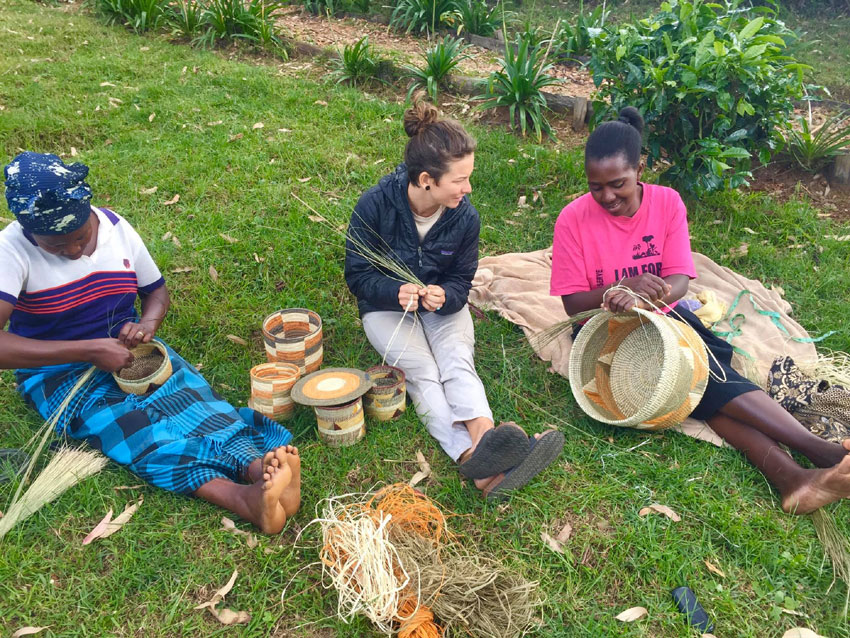 As one way of conserving the environment, raw materials used to make baskets have been planted in the homes of Batwa to avoid clashes with rangers in the national park while looking for the resources.

The project has also managed to take some of the Batwa children to school. Most of the Batwa women, said this was a dream come to because formerly they thought only Bakiga children could go to school.

The first heritage Centre for Batwa

After working with Batwa people for one-year, Katushabe and her colleague under their project Change A Life Bwindi saw how unique the Batwa culture was and the idea of developing a cultural heritage Centre for the Batwa people came in their minds.

“In 12 months we realised that the Batwa culture is one of the special tribes we have in Uganda and the fact that they used to live in the national park, so they had a very beautiful story and we thought we should share it with the world and maybe other travellers that would pass. We also thought about the young kids that have been born outside the national park which used to be the home for the Batwa, preserving their culture at our centre will help them know more or learn about their culture,” said Katushabe.

Within the Centre, there are a lot of stories about the Batwa, how they used to live while in the national park, the types of herbal medicines they survived on, the hunting tools, style of costume, and types of food they fed on.

It was also set up within Mpungu Sub-county land which was bought by Change A Life Bwindi. According to Katushabe, the heritage centre is looked at as one of the ways that they will generate money for Batwa people whenever tourists come and see or read their amazing story.

“When we set up the heritage, every Mutwa was much happier because they thought people had neglected them but the heritage centre brought their joy back because this is the first heritage centre for them. I don’t think there is any other. We are also looking at hosting a Batwa night at the centre, having a collection of all things they used to do while in the park, therefore we think that if people come to our centre they will be able to see the life of Batwa in the park but in one collection and also get a chance to spend a night with Batwa to have a beautiful experience with their culture,” she said. 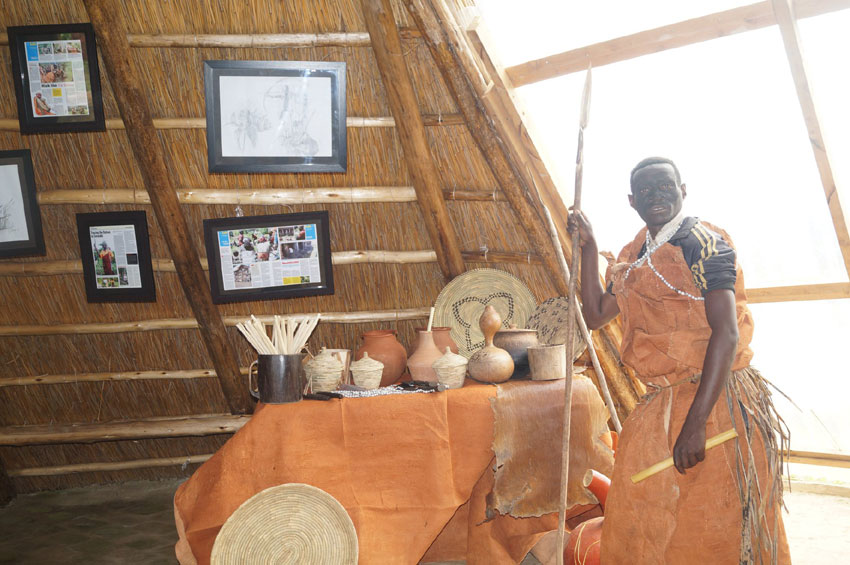 “Now even us Batwa people have children who can speak English (Ruhanga niwamani) God is great. We thank God for Change A Life Bwindi for they have helped us to see that we can also feel like we are Ugandans, We didn’t know anything but now we can make baskets, we even have our heritage centre now,” Esther Tumusime a Mutwa aged 45 and a mother of 6 disclosed.

Although Katushabe and her group have managed to bring a smile on Batwa people, there are a lot of challenges they have encountered. One of the challenges is the source of funding since the entire project depends on the products that they make;that is through selling honey, baskets and different art pieces.

“The source of income to enable us fund the centre or build it fully has been a big challenge.”