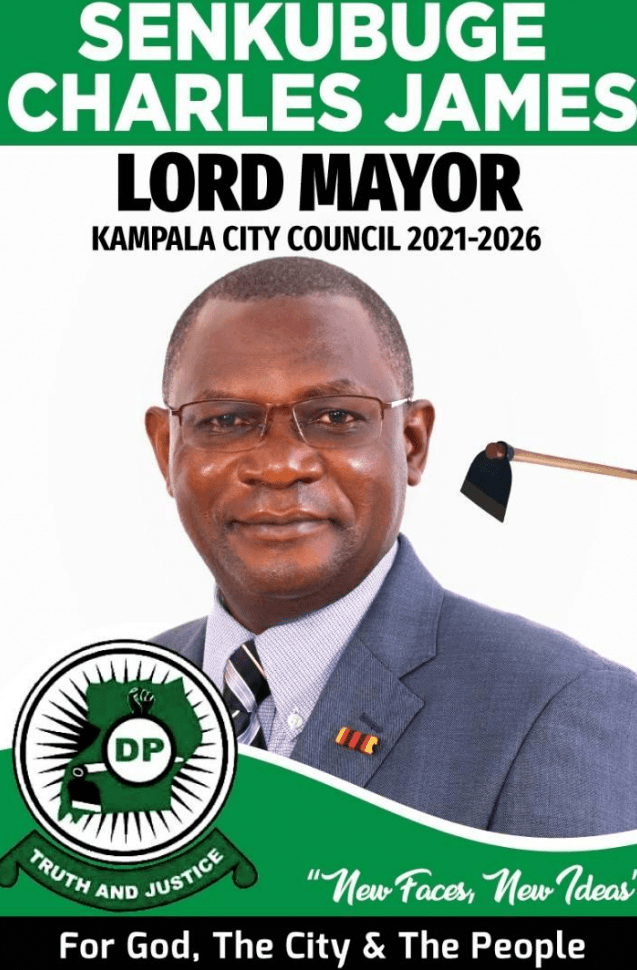 Democratic party has today unveiled their candidate who will be challenging incumbent Erias Lukwago for the Kampala City Lord Mayor seat in next year’s general elections.

Veteran journalist and actor Charles James Siasa Ssenkubuge is the man that will representing the oldest political party in the country in the quest for the city’s political leadership come next year.

Ssenkubuge replaces DP’s  Beatrice Kayanja who was disqualified by the Electoral Commission after failing to meet the requisite demands for her nomination.

While speaking at the unveiling function,DP new mouthpiece Mr Okoler Opio Lo Amanu boasted that the Democratic Party is a big brand for whom getting a candidate for any position could never at any one time be a problem even on short notice.

“To the people of Kampala City, we present Senkubuge Charles James for Lord Mayorship. Please grant him your support and vote,” Okoler Opio Lo Amanu pleaded.