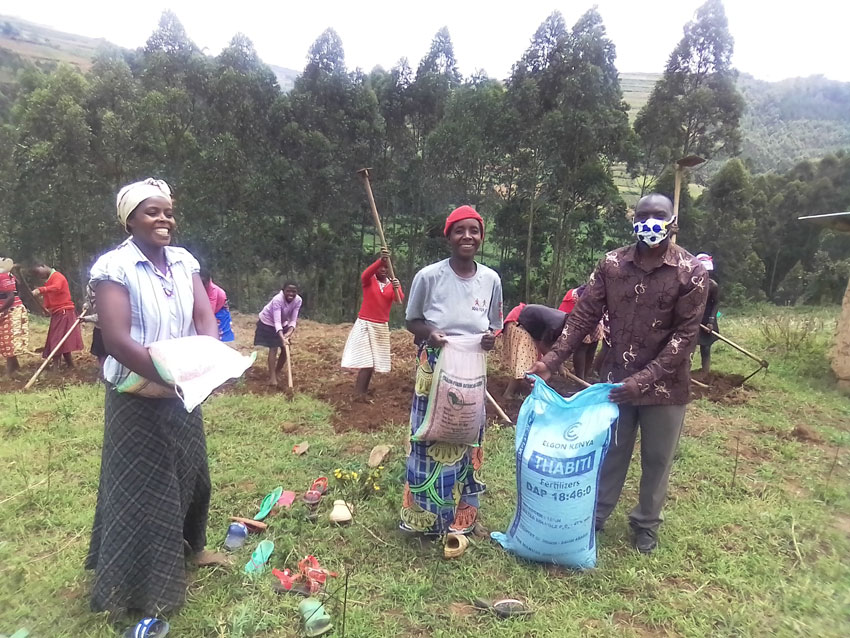 At least 203 school girls, 56 scholars from the districts of Rubanda and Kabale have received bean seeds aimed at eradicating poverty.

The bean seeds will be planted by the girls themselves and the harvest will empower them to learn good financial practices early.

The harvests will also help the beneficiaries and their family members get enough food for the family as most households are vulnerable and cannot afford at least two meals a day.

The donation was made by Rukundo International (RI), an NGO under her program dubbed Girl Empowerment Program ( GEP).

Steven Magezi, the Programs Manager of Rukundo International while handing over the seeds and fertilizers urged the girls to keep in school and desist from bad acts that could bring their education on a standstill.

“Love your lives and value education. Focus on your future and above all, fear the God,” Magezi said.

Molly Orikiriza, the coordinator of the Girls’ Empowerment Program at Rukundo International noted that girls have also been trained to make their own reusable sanitary pads.

Orikiriza added that girls have been taught how to live healthy during lockdown.

“We’ve taught the girls make their own pads. We’ve also clearly taught them to be careful especially in this lockdown, to abstain from sex and we’ve registered an outstanding success as no girl under our project has been sexually harassed during the lockdown. Our girls have not engaged themselves in bad acts because of the Trainings and care we have given them during the lockdown,” Orikiriza said.

According to statistics from the kabala district health department, the 2,618 cases of teenage pregnancies were registered across both private and health facilities between January and July this year from a total of 17,309 of pregnancies.

Statistics also indicate that May alone registered 423 and June registered 442, the highest number of teenage pregnancies during the survey. 384 cases were registered in January, 311 cases in February, 369 in March, 319 in April, and 370 cases in July.